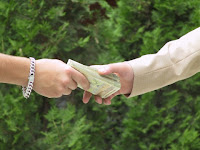 Adam Carolla is a comedian and actor who has gone rogue. He was the co-creator of the wildly successful and entertaining Man Show with Jimmy Kimmel, and the less entertaining Crank Yankers, but lately he's been more successful than ever by totally avoiding the usual media outlets.

Abandoning the television and movies largely, Carolla has instead been putting out websites and podcasts with wild and lucrative success. His rants on various topics which people have been longing to hear voiced has made him a huge audience, thanks to his incredible sense of humor and ability to phrase his talks.

Every day, the Adam Carolla Show puts out a podcast on a variety of subjects, and Adam is also does Carcast about cars, repair, events, and racing. His main show is the certified most downloaded podcast on the internet, and its not making him friends in the old entertainment world.

He's ripped on the occupy movement, attacked the "participation trophy" culture we live in, brutalized rich envy, and been a voice of common sense and rejection of the culture he grew up in. And all the way, he's doing it on his own without going through any of the old media structures, on the internet.

Like most good modern comedians, he's irreverent, even offensive and totally non-PC. He'll make a joke about anything, as long as its funny and interesting to him. And he's one of the new young voices of libertarian philosophy - which I believe is the political future of America, unfortunately, but in our culture, this is the only way common sense and reason can reach people.

What's interesting is that this seems to be the future of entertainment in all areas, from books to movies to television. Over at Whiskey's Place, Whiskey wrote about this internet impact on the economy:

ANY, and I do mean ANY broad income growth in the US labor market will be through the Craigslist Economy. Off the books. All cash. Dependent on off-hours labor, done quickly and cheaply and without reporting. If you wanted to deliberately make most of Working White America innately hostile to the government, and with the attitudes of hillbilly moonshiners, you could not do a better job.

Hillbillies made shine, because it was the only way to put dollars in their pockets. Their labor was viewed as value-less, no one paid much money for it. Work was intermittent, and holding onto a small piece of land meant subsistence farming, intermittent labor for hire, and moonshining. Since there was no margin for taxes. The same sort of pressures, in most of working White America, are now repeating themselves.

The truth is, the government is getting too expensive and restrictive to business, and its getting even more necessary to avoid it as much as possible in order to survive. But there's more to it than that.

I haven't paid taxes since the early 90's. I haven't even actually earned enough to pay taxes, but that's beside the point: I'm totally off the books. And I'm hardly alone in this, its a growing industry. Amazon doesn't pay your taxes for kindle books they sell, online writing and ad revenue doesn't pay your taxes, and usually its small so you fly under the radar. If you sell something on Ebay, its tax free. And most of the internet economy is like that, and its growing.

Which explains why the government is so interested in the internet and trying to get its hand in there. All that revenue, and even worse all that economic activity without any state control drives them up the wall.

Arg thanks I'll fix that!

It's been a barter economy for years, at least for professionals. When I owned my own business, I'd do jobs in restaurants and pubs in exchange for meal credits. I'd do work for a dentist and get a cleaning in return. Do something for a garage, get an oil change.

What's happened is it's gotten into the "civilian sector".

There's also very good article on black markets that came out in Wired:

If libertarians could ever manage to articulate their economic philosophy without dragging in the 'inalienable right' to shoot heroin in the food court or molest cattle freely, they might have a chance.

Was listening to the dennis miller show the other day and he was pimp'n ac' book. Pretty funny stuff !