"with his comparison of gay sex to ‘man on dog’ relationships, Santorum seldom even makes a pretense of tolerance”)"
-Mark Tanner, National Review Online 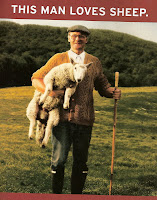 Did Rick Santorum equate bestiality with homosexuality? A lot of people think so, and news organizations keep pushing this line. Its a standard "reason to hate" Santorum that the left trots out. Gay activists will inevitably bring it up.

“Every society in the history of man has upheld the institution of marriage as a bond between a man and a woman. Why? Because society is based on one thing: that society is based on the future of the society. And that’s what? Children. Monogamous relationships. In every society, the definition of marriage has not ever to my knowledge included homosexuality. That’s not to pick on homosexuality. It’s not, you know, man on child, man on dog, or whatever the case may be. It is one thing. And when you destroy that you have a dramatic impact on the quality–”

At this point he was interrupted by the interviewer who said he was "freaking out." But what Rick Santorum actually said was that homosexuality is specifically not "man on dog or whatever."

So he said the opposite of what he's commonly accused of saying, and the interviewer heard at the time, despite being there and hearing it from the source. But that's typical when this topic comes up. If someone is in support of homosexual "marriage" and homosexual activism, they'll instantly go off on a raging tangent if you bring up something they consider awful and reprehensible in the discussion.

If, for example, you point out that the Lawrence v Texas decision inevitably and inexorably will bring about the requirement by law to allow polygamy or even incest between adults, they start yelling and waving their arms about and saying you're calling homosexuals baby rapers and so on.
Why? Well one reason is that they haven't thought this through and when confronted with it react poorly. They have a gut level, emotional attachment to their position and hence when faced with a rational argument are ill-equipped to face it, so they react emotionally. Another reason is that if you can't refute something, one way to deal with it is yell red herrings and bury your opponent in a shotgun effect of attacks so they are unable to respond properly. And finally, guilt and discomfort with a topic can make people react poorly to being criticized. Frankly, very few people are equipped to engage in rational discussion, so most respond by anger, changing the subject or yelling louder as if volume will defeat reason.

But here's where I and Rick Santorum differ, in public at least. I think homosexual activity and bestiality are equivalent in many ways.

They're both repugnant acts, they're both aberrant behavior for personal pleasure, and they both are Biblically banned, sinful acts. And I have shown over and over on here that the only thing separating these two legally is the flimsy legal construction of "consent" which only holds true because we decide it does, not because of any objective, absolute rule. In any case, according to what I've read, animals in heat can consent to just about any species, and males will attempt to mate with inanimate objects, each other, and other species without discrimination.

So while animals are incapable of giving legally recognized consent, they certainly will effectively do so. While that's repulsive and cringeworthy to consider, it is a salient fact in this discussion. So if consent is a tattered and legal fiction, where's the differentiation again, other than current societal pressure? All those arguments of love, being born that way, being natural, and being something private between people we have no right to condemn or question suddenly apply to this, too.

Its just that currently we consider this repulsive and ghastly as a society - as we did homosexual behavior a few decades back. And we do other acts, such as incest, pedophilia, and so on. And as I've written repeatedly, there are pressures to normalize and legalize these activities as well. By exactly the same groups that worked to normalize homosexuality. Insist all you want that this line won't be crossed, it inevitably will be, the way things are headed right now.

But nobody can say that in public, or get screamed at, demonized, and attacked. Because as George Orwell said, in a time of deceit, telling the truth is a revolutionary act.
Posted by Christopher R Taylor at 11:19 AM

Don't feel too bad C_T, my opinion isn't any more popular than yours. I think homosexuality, polygamy, incestuous sex, and even bestiality are all pretty much the same too in terms of repulsiveness. I just don't think the government has any business throwing people in jail over any of them.

I think some of them we should: pedophilia, for instance. Others, like homosexual behavior we have no place to be jailing people for, we just shouldn't be endorsing or officially sanctioning and protecting them, either.

I guess I favor Hobbesian philosophy over libertarianism. You know, where men agree to give up certain things in order to establish a society that will protect them, especially the weakest members.

Having lived through two riots, I have some experience in saying that individual sovereignty is somewhat lacking in positive attributes.