"Acting is all about big hair and funny props... All the great actors knew it. Olivier knew it, Brando knew it."
-Harold Ramis
When 2001 was finished, Stanley Kubrick ordered all the props and sets destroyed so they wouldn't show up again in later movies, as so often happens. There's a newspaper that has been used dozens of times in movies and television shows, for example. Still, most movies keep their props and Hollywood has huge warehouses filled with props, costumes, and set elements that are available to the studio for reuse. 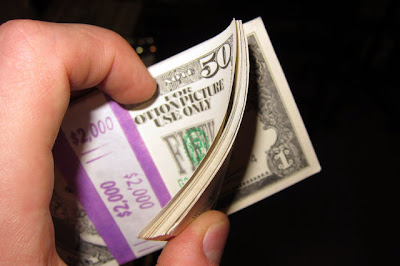 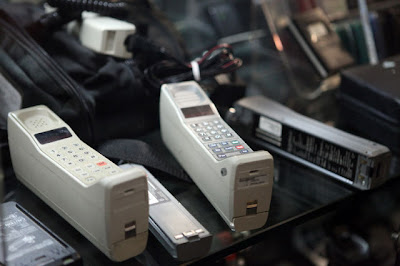 And, just in case you do need steenking badges: 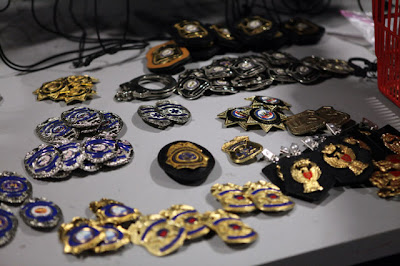 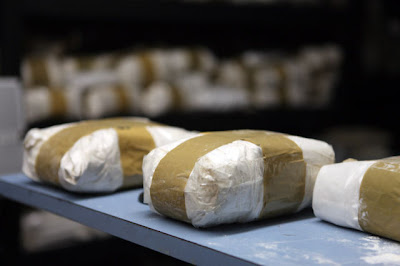 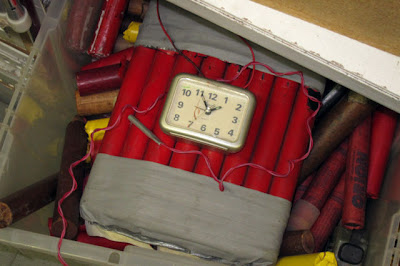 Lots of old phones, which would probably baffle modern kids: 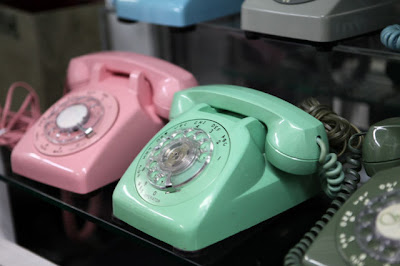 Plenty of food. Its easier to make a plate of fake food (or french fries from Wendy's) than cook up something for the movie. Plus, it takes hours to get a shot and the food will wilt and chance appearance. 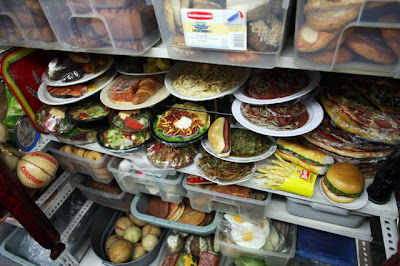 It would be fascinating, to me at least, to wander through these places and see all the props. Especially if someone who really knew film history was with you to help point out all the pieces and what they were used in.
Posted by Christopher R Taylor at 9:27 AM