THE BEST OF WATN: The Rest

"Who?"
2011 ended up with three Instapundit links overall, the last one being my bit about how I should have voted for McCain despite him being a miserable jerk who does not deserve the presidency. Too often in life we have to choose between the bad and the awful, and while a McCain presidency would have been bad, it would have been at least somewhat less destructive than the last 3 years of Obama in office.

Quite a few people linked the Rethinking McCain piece, and not a few of the mocked or attacked me, which is fine; I rather expected it. None of those people seemed to realize that the few people like me who couldn't stand voting for him would never have added up to enough to push him over the win line.

It was just at the end of last year, but my King Star entry relating the work and findings of Rick Larson regarding the star of Bethlehem. Especially around Christmas, but all through the year that got a lot of notice, and I never did get paid for it at RightNetwork.

Quite a few pictures of the day got links over the year, such as this one: 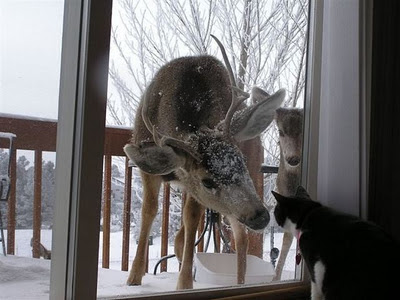 The Depression Era Survival Kit series I ran was pretty popular as well, and I wish I had more ideas for it because I think its going to be very useful to people soon, unfortunately.

Overall its been an interesting year. It started out great with two paying writing jobs at different news organizations but I got my second book published and its selling a few copies every month, and I'm working on another. Thanks everyone for reading and visiting my little site, I hope you enjoy next year and I hope you keep linking Word Around the Net!
Posted by Christopher R Taylor at 8:34 AM