"Great ideology creates great times."
-Kim Jong Il
The happiest place on earth, that's what Disneyland calls its self. They do a pretty good job too, everyone seems happy, nothing ever seems to go wrong, everything is bright and cheerful. North Korea has a theme park they let the elite soldiers and party officials go to. Its not so happy. 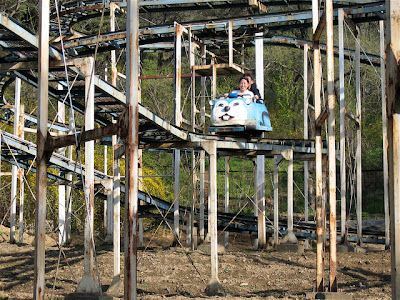 It looks more like an abandoned 1950s theme park, something you'd see in Fallout than an active one. 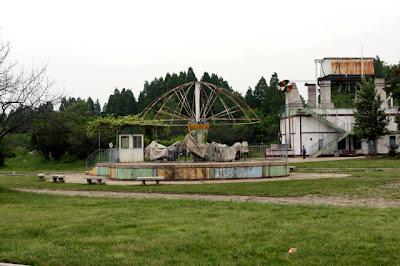 At least you'll never have to wait in line, 99% of North Koreans will never have enough money or time, even if they were allowed to visit the place. 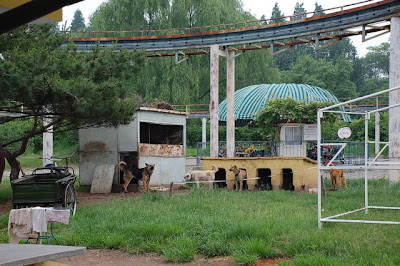 Insert some comment about the snack bar. Actually, according to various accounts (like the Lewis & Clark expedition) dogs taste pretty good. 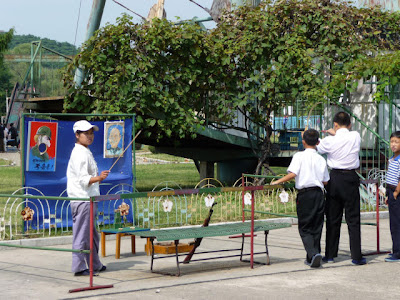 There were parts of the Soviet Union, Albania, etc that looked this way, too. There's no incentive to clean up, fix things, build something that lasts, or keep things pretty except a gun in your back in this kind of society. So you only bother when anyone is paying attention.
Posted by Christopher R Taylor at 9:35 AM