"I've got the best deals, anywhere!"
-A Goblin Merchant
China isn't real concerned about copyright laws. Businesses there make knockoffs of products to get rich off established brands, they make pirated copies of entertainment media, and even more blatant, they make entire theme parks out of copyrighted materials.

World of Warcraft is vastly popular in China, with more than half of the eleven million WoW subscriptions coming from that nation. At as much as $14.99 a month, that's a nice income. To cash in on this interest, China has a whole World of Warcraft and Starcraft amusement park - unlicensed and in violation of copyright, naturally. 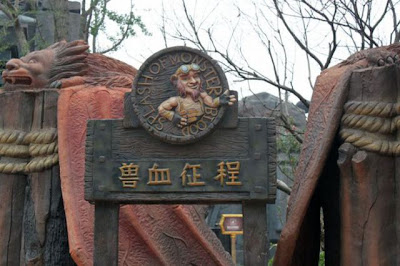 Blizzard, the company that puts out these games doesn't seem terribly upset, as they keep doing special China-only promotions and items put in the game. 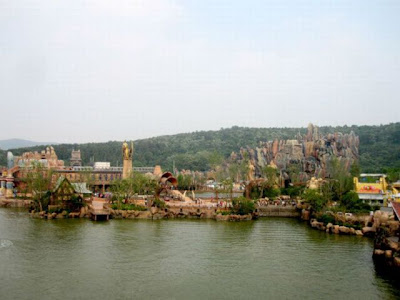 Some say that the upcoming Mists of Pandaren expansion is targeted at Chinese customers, with its heavily asian and Panda-based setting. 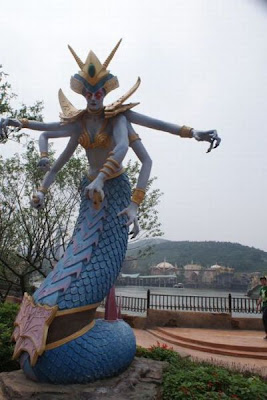 The park's decor and themes are clearly ripped off from these two games but some of the imagery is subtly different with a more Chinese cultural feel. 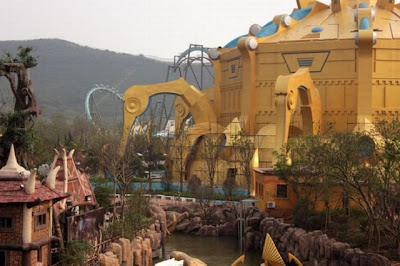 The park is called "Joyland" and it is divided up into “Terrain of Magic” and “Universe of Starship,” which is WoW and Starcraft, respectively. 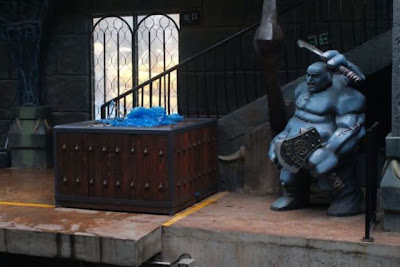 All these images and the news come from Unreality magazine, which has many more images. China is a "most favored nation" when it comes to US Trade policy.Every president for three decades has maintained this in the face of blatant Chinese hostility and human rights abuses.
Posted by Christopher R Taylor at 9:18 AM