"No clicking"
-The Larry Sanders Show
This is a cellular phone: 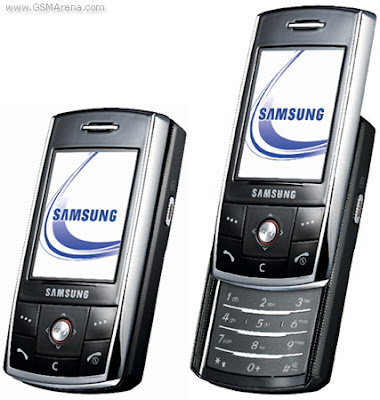 It started out as one of these gigantic brick-sized phones from the 1980s: 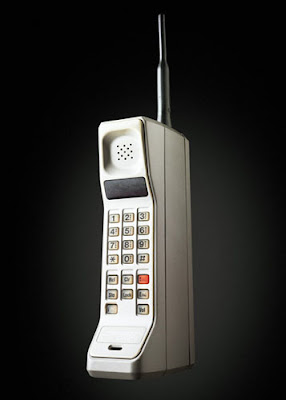 and over time it has gotten smaller and smaller, but recently due to better screens and applications, they've gotten a little bit bigger again.

At the same time, these devices have managed to gobble up all these other gadgets people once wanted or used regularly:
Which is pretty impressive, really. Now all you need is one gadget to handle all the things those previous devices did. Some of them the phone doesn't do real well but it does them anyway.

Now, granted the cable remote is theoretically programmable to do all this, but its awkward and annoying and every time the battery dies I have to do it again. And sometimes it just... forgets the programming. I know I'm hardly alone in this. Between the stereo, the video games, and all the other gadgets we use, there's heap of remotes around most houses: 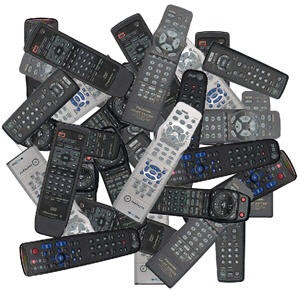 Which brings us back to the cell phone. It seems sort of obvious to me, given the ubiquity of the cell phone that its not unreasonable to expect everyone in the house to have one. They almost all have teensy key pads and most of them now have touch screens.

So why isn't every manufacturer putting out an ap that mimics their remote control on a cell phone? You could even include a code when you buy a device with a remote that lets you get it for free. So instead of a heap of remotes, you use your phone instead. Doesn't this sort of seem obvious?

Granted, there are a few; Android has a remote that sort of works, DirecTV has an interface for your phone as does Comcast, but everything should have that available. So you could put all those remotes away and use the phone instead.

Seems to me, at least.
Posted by Christopher R Taylor at 10:13 AM

The only reason you have to use many remotes instead of one, is because your brother is too poor to afford a universal.

There used to be an ap (back when they were called 'programs') on the Palm Pilot that would allow it to be used as a remote control. I tried it once and was disapointed because the infrared beam on the Palm device was so weak you had to be standing about three feet from the television for it to work. It was a shame, too, because the 'virtual' remote on the application had some really cool customization features.

None of the modern smartphones employ infrared technology anymore, so really in order for something like this to work you'd have to either use wireless or bluetooth, both of which would require some sort of extra interface for your tv set or satallite receiver. I could see something like that being worth buying if they coudl make it cheap enough.

At any rate, that fits in neatly with a business idea I've been kicking around: home tech upgrades. A lot of older people would find this stuff useful but have absolutely no idea how to set it up, and there are also a lot of technologically literate people who just don't have much of an idea about all the cool home tech that is out there. My dad has a freaking remote control robot at his house with a camera and a flashlight on it that he can access and control over the internet from his phone. Duct tape a Taser to that sucker and you have a a remote control security guard.

Also, I think it's funny that you used a photo of the old Mattel Elecronic Football game as your example of video games... because I have that exact game on my iPhone... the paint even wears off the "buttons" over time, just like the real mccoy.

I loved that simple little game, it was a blast back when it first came out. Might still be for that matter.

You should really give a Logitech Harmony remote a try. Personally I have the Harmony One remote and I love it.

Here's another one: those readers your mechanic uses to diagnose car problems. No reason that couldn't be put on a phone, even if you had to use a USB cable (with standard ends please!) to plug into the car's computer.

That actually does make a lot of sense. You'd probably have to have some training to understand it but it would be handy.