"It is only the modern that becomes old fashioned."
-Oscar Wilde 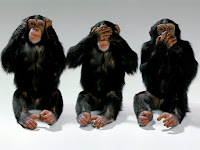 Lech Walesa was going to join the Occupy movement in solidarity with their complaints, but when he was told the whole story, he changed his mind. It turns out his opposition to communism has not changed.

Goldman Sachs was going to do a tribute to the Occupy movement, but figured out that the mob basically hates them and continually attacks them, so they backed out of that idea.

My question is: where were these guys during the Tea Party's greatest rallying activity? Why didn't Lech Walesa think that was a valid protest to join? Where was the tribute to Tea Party from Goldman Sachs being planned?

Why is Occupy capturing these peoples' attention and not the Tea Party Movement? My only answer can be that they're still gullible and credulous enough to get their information from the legacy media who portrays Occupiers as heroic Democratic pioneers fighting against the oppressive man and Tea Partiers as sinister racist freaks who are probably stooges of the man.

That just means we have a long ways to go in the information battle, that the legacy media still has far too much influence on people - particularly the people in power and with control of corporations and the economy. They are behind the times and old fashioned, but that just means they're held hostage by the information gatekeepers.
Posted by Christopher R Taylor at 11:07 AM

I'm not so sure the OWS and Tea Party movements are as far apart as people tend to think. In many respects they both after the same critter, but each believes they have chased it up a different tree. Both movements have their crazypants aspects... in fact I quit going to Oklahoma Tea Party events when they started giving more elbow room to the birthers at their rallies. The birthers and "Obama's a Muslim/AntiChrist/Manchurian plant" people were present at most Tea Party functions I went to, and they were gaining strength and numbers over time (though they seem to have receded as of late) and they are every bit as out of touch with reality as the "debt forgiveness and the end of money" people at the OWS rallies.

I have some facebook friends who I knew were moderate or liberal, who have been speaking up in defense of the OWS people, and I have messaged some of them privately and asked a similar question: why jump on board this bandwagon when you were completely silent, or possibly even antagonistic, towards the Tea Party? The ansser I usually get has a lot more to do with culture than politics. They disassociate themselves from the more extreme members, and the more extreme ideas, and they point out what they see to be reasonable arguments made by people they'd be comfortable attending a rally with. When I point out that I think they'd be comfortable at a Tea Party rally, they ask me how comfortable I'd be at an OWS rally... and the truth is, not very.

Most of these people will even admit that the government is more at fault than Wall Street, but they feel like plenty of people are already angry at the government and their arguments have been well voiced, while Wall Street has sort of been let off scott free and deserve a lot more harrassment than they've been getting.

You know, I can sympathize with that.

My guess is that its an excuse to not like the Tea Party, who they presume malice and stupidity in, not a cultural difference. They start out with the assumption of calumny, then from there make decisions: these people are awful. Now, what was the question?

I doubt they put any actual time into thinking that through; its a presupposition, a worldview clash.