"The use of solar energy has not been opened up because the oil industry does not own the sun."
-Ralph Nader 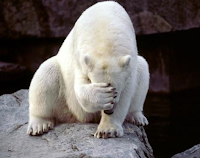 Something I've noticed over the years is that so often, despite portraying themselves as being the advocates for the poor and the party of the common man, the left's actual policies harm poor people most. Like Barton Fink's absurdly clueless academic idea of the "common man" in his plays, the left promotes an idealized version of regular folks while pushing elitism.

A concrete example of this is the "renewable energy" policies of the left. The reason the present energy system is in place is not due to some sinister cabal of oil companies controlling the market, but because this energy is cheap and plentiful. Like it or not, coal, petroleum, and nuclear power are powerful, cheap, and plentiful sources of energy.

But alternative energy forms such as tidal, geothermal, wind, solar, and unicorn pixie dust all produce less energy for more cost. For the best evidence of this, we turn to Europe, whose Union government is commanding every nation in its umbrella produce more and more of its power from these "renewable" sources. And the cost is immense:

Average electricity prices for households and businesses would rise “strongly up to 2020-2030” under all scenarios, the document says, and the highest prices would occur after 2030 if renewable sources of power, such as wind and solar, make up a large share of energy production. For example, average prices for households could jump by more than 100 per cent by 2050 if this were the case but only by 43 per cent under a scenario that assumed more nuclear power and carbon capture and storage were used.

And Dennis Avery at the Canada Free Press brings up some stats about the cost of Britain's push for wind power:

One-fourth of British households may be forced into “fuel poverty” by 2015 as the British government raises electricity and gas taxes to invest in more high-cost renewable energy—especially high-cost and erratic offshore wind turbines.
...
The costs of British electricity have doubled since 2004, and are expected to rise another 20 percent this year. The German Deutschbank predicts another 25 percent rise by 2015 as the UK pours billions of public dollars—from both the Treasury and higher consumer billing—into the big steel barges and the tall turbine towers.
...
Put another way, the British cost of electricity is rising about six times as fast as British household incomes, according to David Blair in the Financial Times of Oct. 11. He predicts the steady rise in electricity and gas charges could force the government to reconsider spending L200 billion on new infrastructure by 2020, especially that big expansion of wind power.

These efforts to push for "renewable" energy increases cost of energy, which is uncomfortable for middle class and a mild irritant for the wealthy, but painful for the poor, even potentially fatal. The leftist policy on energy is directly damaging to the poor, in a significant sense. Not only would energy prices rise, making it difficult to pay to stay warm in the winter (and cool in the summer), but every other price rises making life even less survivable for the poor family.

Of course this fits in well with the left's other policies. The left is great at creating a crisis
-energy is too expensive-

and appealing to greater government power to solve it

-therefore we need a government program to pay for energy-

The problem is, that doesn't really solve the problem this effort created. All the prices everywhere go up, and as a result the entire economy suffers. That means not only inflation, but reduced job opportunities, growth, and stagflation. And a government program helping pay for heat in the winter doesn't cover the rest.
Posted by Christopher R Taylor at 8:27 AM