"How dare you? All of you! Standing around deciding my future. I am not a prize to be won!"
-Jasmine
In the past I wrote about Disney's Princes, pointing out how they are usually the more boyish, effeminate figure (at least, since 1960 or so). However, lets take a different look at the Disney girls. Who's hottest?

First off you have to discount some basic attractions. Other than Mulan, Tiana, and Pocahontas, they're all fabulously rich, and all of them have incredibly beautiful voices, especially in song. So you can't really pick any of them based on those criteria. So what about the individuals?

ARIEL: The Little Mermaid. Like most of these girls she seems awfully young, but she is very pretty and has a sweet attitude. Her biggest drawback is the fish part of her nature, which manifests in her offspring: do you want a mermaid daughter (Melody, in the direct to DVD sequel). She's got a pretty relentless and awful enemy with vast magical power as well, something that you don't want to have to deal with. I'd give her a 6. 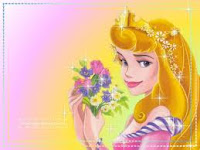 AURORA: The Sleeping Beauty. She doesn't have much personality and has been so sheltered she's baffled by basic life. She does have protection from her fairy godmothers but they are a bit silly and easily confused and might use their magic to do something awful to you just for making Aurora cry. Although she is very beautiful, she's got a lot of baggage. I'd give her a 5.

BELLE: Assuming Beast is out of the way and wouldn't rip your head off, Belle is quite beautiful and seems the most stable of the bunch. She's intelligent, educated, and thoughtful, but she does seem to be a bit willful and unpleasant when she dislikes someone. Still, she's a pretty good catch, I'd give her an 8. Assuming Beast is out of the picture, otherwise a 6 because of a rampaging monster after you for stealing his love.

CINDERELLA: Cinderella is quite lovely and charming, but her status as a princess is due to her marrying a prince, which makes her not as wealthy as others in this list. That lowers her value somewhat, but not much because its her we're rating, not her money. Cinderella has a fairy godmother, but this one seems a lot more wise and stable than the ones protecting Aurora, and she also seems to be dutiful and hard working. A solid 8, especially considering her lack of enemies.

JASMINE: Lovely and interesting, but a bit strong-willed and independent. She might grow out of insisting on having her own way constantly... but she might not. Her status as a middle eastern princess is handy, given the vast wealth involved, but the safety and status as a middle eastern ruler is less than significant. Particularly at the time in question, they tended to not survive long. And do you really want a guy who's best friend is an all powerful genie as your rival? 7.

MULAN: She's more humble and kind than most here, and she's spirited, which is always a bonus. Her martial arts are sort of unnerving, as she was able to hold her own in combat with male soldiers and she has a dragon as a pet, which makes arguments dangerous, to say the least. Mulan was very independent as well, but mostly because it was forced on her, and she seems like a good hearted girl. An 8.

POCAHONTAS: I haven't seen this movie, so I can't really judge the personality of the character but she doesn't really appeal to me and from what I understand the movie is heavy on evil white men and noble Native Americans, which could be taken two ways. Either you take it literally and she'd be a wonderful human being, or you can take it as activist propaganda which would make her grating and lecturing. I'd give her a 6.

RAPUNZEL: Another one I haven't seen, "Tangled." She is depicted as "feisty" in the ads and reviews, which translates to "trouble" when you're in a relationship. I would be concerned with her hair, which would take half the day to wash, comb, and control, and she appears to be able to use it like Medusa from Marvel Comics which could be interesting in bed. She's pretty but very odd. 6.

SNOW WHITE: Not as cute as the rest, and obnoxiously sappy and saccharine. She's sweeter than a pile of Chocolate Frosted Choco-bombs and her tendency to burst into song every ten minutes, accompanied by flocks of forest animals is a bit more than I could handle. Sorry Snow White, you're hurt by the style and dating of your cartoon which is nearly unwatchable these days. You just get a 5.

TIANA: Very pretty and a great cook, plus she's ambitious and hard working. She seems to deal well with very odd circumstances and gets along well with just about everyone, although her dedication to work might keep her away from home for most of the day. Tiana's only real enemy in The Princess and the Frog was the Voodoo man who got sucked into hell, so he's not an issue. An 8.

There were other Disney girls, of course. The Blue Fairy from Pinocchio of course, and then there were the non-human ones like Duchess the cat (Aristocats), Lady (Lady and the Tramp) and Faline the doe for Bambi. Yeah, Bambi was the stag - a boy - somehow that ended up a girl's name. The problem is they're non human so they're out of the running entirely. And the Blue Fairy is a supernatural being who'd have no interest in you whatsoever. Then there's Tinkerbell who, while very attractive, is lethal in her jealousy and acts like a spoiled brat constantly so she doesn't really figure in at all.

For other hot cartoon girls, consult a previous frivolous and shameless post on the topic.

*UPDATE: I watched Tangled last night and while it was a fun movie, and Rapunzel is a little sweetheart, she seems to be about 13 years old, much younger than the age of these other girls (other than Ariel). On the other hand her hair glows when she sings in a beautiful golden way and she can heal people with it, which is amazing, so I'd give her a 6 still, and when she grows up if she's still the same girl, an 8.
Posted by Christopher R Taylor at 10:35 AM

Pocahantas is the winner, hands down. Those old school Algonquian girls did all the work while their men hunted and fished all day.

Oooooh - they all have a lot of baggage.