"It would be easy to dismiss this bait-and-switch as obvious nonsense, except for one thing: many influential people — including Alan Simpson, co-chairman of the president’s deficit commission — are peddling this nonsense."
-Paul Krugman, 2011 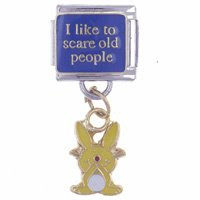 Social Security is the third rail, touch it and die, that's the conventional wisdom. Yet, when Governor Perry of Texas mentioned its in trouble and is little more than a Ponzi scheme, his numbers weren't hurt at all. In the New York 9th district emergency election to replace Anthony Wiener, the Democrats warned that Social Security was doomed if a Republican won. And he won anyway.

Pundits are scratching their heads over this turn of events, some even blaming the Democrats and President Obama himself for putting Social Security on the table. I don't think that's it at all.

I think we've gotten to the point that people my age and younger are certain there will be nothing there when we get to retirement age, and older people are more worried about the entire economic system collapsing than they are social security being touched. The basic metric of the boomer generation retiring with fewer people to support them is easy to understand.

Because deep down, everyone knows this is a pyramid scheme, everyone secretly understands that this is a ponzi scheme, even if they aren't precisely familiar with the term. They know that Social Security can only keep working as long as there are more people paying into it than are taking out of it.

Even New York Times columnist and Keynsean economist Paul Krugman back in the 90s understood this basic fact:

Social Security is structured from the point of view of the recipients as if it were an ordinary retirement plan: what you get out depends on what you put in. So it does not look like a redistributionist scheme. In practice it has turned out to be strongly redistributionist, but only because of its Ponzi game aspect, in which each generation takes more out than it put in. Well, the Ponzi game will soon be over, thanks to changing demographics, so that the typical recipient henceforth will get only about as much as he or she put in (and today's young may well get less than they put in).

This being the same Krugman that today attacks and mocks people for saying that Social Security is a "ponzi game" as he identifies it.

Why did he admit this back in 1997? Well because back then, the balanced budget forced on President Clinton and reluctantly signed by the president had resulted in the debt shrinking rapidly and, on paper, a budget surplus (for complicated accounting reasons it wasn't really a surplus but would have led to one had the economy not collapsed and 9/11 happened). With that extra money, Republicans were arguing it was obvious we are collecting too much taxes. That's what it means when the government takes in more than it requires, obviously.

So the Democrats responded by pointing out a basic fact: Social Security is doomed unless we change things. And they argued that therefore, we have to keep taxes high to sustain this system. Can't cut taxes, not then, not ever. In fact we need more; and that's what Krugman was arguing. In short, he's a leftist Democrat stooge, a propagandist who'll say whatever the Democratic Party needs him to say. He knows better, but in his job as a columnist, he's just a mouthpiece and it pays him well.

But the truth is, addressing Social Security isn't instant political death, and it won't ruin you in the polls like it once did. In other words, its not the third rail it once was. Social Security is just one more part of the upcoming train wreck people fear, and the light they see at the end of the tunnel is the engine roaring toward that ruined part of the rail we're all standing next to.

Even older people who the Democratic Party and media arms like the AARP used to be able to reliably terrify with lying advertisements are wising up to this and aren't so much afraid of Social Security being worked on as the whole works falling to bits and them being left out in the cold in a depression.
Posted by Christopher R Taylor at 10:12 AM

The idea of phasing out social security is still the Third Rail. Ron Paul is the only candidate who has suggested such a thing.

Perry had flirted with that idea in his book (going so far as to admit it is unconstitutional) but quickly retreated from that stance when people started questioning him about his Ponzi Scheme rhetoric (and rhetoric is all it is... Perry has no plan in place to deal with social security, and his views about its current sustainability are not distinguishable from any other Republican candidate or even many Democrats).

The only candidate who has suggested private accounts (Herman Cain) doesn't seem to be gaining any traction, and everybody else either has proposed no solution at all, or else their solution is to raise taxes, cut benefits, or push the retirement age out which, far from being a fresh new approach, is the exact set of options Bill Clinton layed out for Congress over a decade ago.

I'm just not very optimistic on the ability of our political system to divest itself of the problems caused by Social Security. They are much more likely to simply punt the ball. The truth is they are problably going to give the farm away to Booomer retirees while butt-raping mine and your generation with a telephone pole, and they'll smile the whole time while they call it a "sustainable solution".

I think that any solution that comes will have to come in small steps, and this was a pretty important one: its just no instant political death to suggest social security doesn't work and needs changing.

CT,
Could you email me? Would like to interview you for a book I'm writing. My question concerns your Billy Blogsmith article.
Thanks,
paul

If you want to email me you can use kestrelarts -at- gmail.com