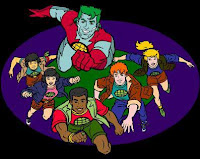 Michelle Obama had a job at the University of Chicago Medical Center that paid around $300,000 a year in salary, bonuses, and benefits. It was a part-time job, and the title was vice president for community and external affairs. While why she was hired and why they've not felt the need to replace her (the job was basically deleted after she resigned the day President Obama was sworn in) is a matter of some speculation, but what she did is known.

The job description according to the press release is described as being "responsible for all programs and initiatives that involve the relationship between the Hospitals and the community. She will also take over management of the Hospitals' business diversity program." And that last bit is what really caught my attention.

Why exactly any business needs to have a special officer with a six figure salary to make sure they do more business with "diverse" people (meaning blacks and women, in almost all cases) is a matter of some puzzlement to me. Yet this fixation on diversity has grown and grown since the 70s, and in the 90s became a bit of a mania.

Colleges have long had this focus, so much so that its a matter of some mockery how deliberate and specific the diversity is in their brochures: smiling very diverse faces from all sorts of ethnic backgrounds (often lacking a white guy). The reason we have black and female officers on Star Trek isn't due to any particular story issues, but a push for diversity; lets have an American Indian! An asian! But no Hispanics or Jews (unless you count the Ferengi, usually played by people with conspicuously Jewish names).

Berkeley University ran an ad recently looking for someone to run their "Department of Diversity." Minding the Campus has the details:

Candidates are expected to have a Ph.D. or J.D. degree (preferably by July 1, 2012) in one of the following disciplines: law, philosophy, political science, or sociology; they should have a research and teaching portfolio that examines how our legal, political, and social institutions and practices adapt (or fail to adapt) to an increasingly multi-racial, multi-ethnic population. Special consideration will be given to candidates who work in any of the following areas: (1) the content and contestation of group identities; (2) the normative and legal implications of racial and ethnic diversity within democratic societies; (3) the civic and political engagement of diverse electorates within local, national, and transnational contexts.

Now, the population of the US has always been multi-racial and multi-ethnic, that's why the nation's motto has always been "out of many, one" and the "melting pot" image was long used for how America works. People from all walks of life and all ethnic backgrounds around the world came to the US looking for liberty, opportunity, and to escape their previous life. This is nothing new.

The only thing that's really changed is a focus that has gone from unity and culture to diversity and splintering people up into sub groups. The change has gone from a focus on one nation to a diverse people happening to live in the same geographic area.

John Rosenberg quips at the site:

And I would suggest that's already here: a lifetime spent fixated on one's identity group, making a living and building a career based solely on thinking about themselves and their special identity.
I read that quote and just had to laugh because such a person adds absolutely nothing to their culture. They are useless to society, they give nothing whatsoever to the community they live within. Their entire life, every working minute and education is completely self-focused and folded inward, as if the entire universe exists to contemplate their navel along with them. It is the ultimate expression of a self-obsessed culture which has no future.

And yet, it isn't really even about that person, its about a construct, a narrative of that person rather than the actual living human. Only the leftist academic apprehension of the culture is in question here, not even the real culture its self. In x-studies classes, the most outrageous and absurd fictions are not only tolerated, but celebrated. Sure, black Egyptians didn't create the airplane, but if an African Studies professor claims it, well that's his narrative, and you're a bigoted racist if you contradict his position with the truth.

The ghastly evils of the American Indian are smoothed over with stories of peaceful coexistence with nature and oneness with the land leaving only a footprint that vanishes with the coming day. The slave taking, murder, rape, mutilation, torture, abuse, and even destruction of their environment is smoothed over and swept under the rug in an idealized fiction of the past "other."

And the diversity so earnestly sought has nothing to do with actual diversity, only that fiction, that invented diversity of background and appearance, but never ideology. Someone who varies from the set, prepared notion of their identity group is not welcome. The black woman who fights against the welfare state or the American Indian who just considers himself an American is thought of as not only failing to be part of the narrative but a traitor. You must fit in the boxes we put you, and cannot be internally diverse.

So in the end nothing comes out of this study, only a fiction that never existed, a narrative that fits the fond dreams of academics but has no relationship with reality. These people study nothing, get jobs about nothing, and promote nothing, in the end producing nothing. They're parasites on the culture, only possible in a civilization so lazy, fat, and comfortable that people don't need to be productive or useful to a society to become rich and powerful.
Posted by Christopher R Taylor at 10:00 AM

Why exactly any business needs to have a special officer with a six figure salary to make sure they do more business with "diverse" people (meaning blacks and women, in almost all cases) is a matter of some puzzlement to me.

As for the six figures: it's Chicago.

My father knows a medical student of recent Cuban extraction (both ethno-nationally and escape-wise). She's blondish with blue-green eyes. And is merrily attending med school on a scholarship earned on her grades, to be sure, but one reserved for people of "Hispanic" heritage. He was amused rather than outraged, which is my reaction too. I told him I was glad how she got her scholarship, and I hope more people like her keep doing that. Force the contradictions, as it were. Make the Diversicrats respond with more and more racial hairsplitting until that system collapses from its inherent absurdity.