"Americans are sick and tired of the partisan bickering" 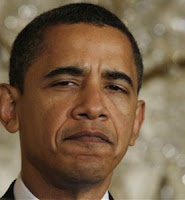 The Republican Party scheduled a live debate of their candidates for the 9th of September several weeks ago. I don't watch debates and there's not going to be anything useful learned at this one any more than most others, but some people like this kind of thing.

President Obama announced that jobs were the most important thing in his life a few weeks ago (again) and then went on vacation (again), following a pattern he established in 2010. He promised another speech once he got back from the Hamptons (just like 2010), and now he's looking to give that speech in a joint session of congress.

Here's the catch: he wants to give it exactly the same day and time as the Republican Party debate. President Obama doesn't have any debates coming up, unless Hillary Clinton decides to run against him, so he needs publicity and campaign interest-driving events. Making speeches is what he knows how to do best, so that's his plan.

This is pretty childish stuff, really. Scheduling the speech then isn't due to any pressing need to make a statement - he could do it earlier if it was that important. This is just one of those school yard cheap shots, an immature stunt that some punk kid would try, not a statesman or the leader of the free world - at least, previous to President Obama.

He backed down when confronting congress on the issue, although CNN hilariously tries to make Obama seem like the one in charge. Guess what CNN: the president can only request to have a joint session meet for a speech, and they denied it on that date.

I'm on the Obama mailing list, and I get regular updates from his staff (supposedly written by him or his wife, usually). Today I got this email:

Today I asked for a joint session of Congress where I will lay out a clear plan to get Americans back to work. Next week, I will deliver the details of the plan and call on lawmakers to pass it.

Whether they will do the job they were elected to do is ultimately up to them.

But both you and I can pressure them to do the right thing. We can send the message that the American people are playing by the rules and meeting their responsibilities -- and it's time for our leaders in Congress to meet theirs.

And we must hold them accountable if they don't.

So I'm asking you to stand with me in calling on Congress to step up and take action on jobs:

No matter how things go in the weeks and months ahead, this will be an important challenge for our organization.

It's been a long time since Congress was focused on what the American people need them to be focused on.

I know that you're frustrated by that. I am, too.

That's why I'm putting forward a set of bipartisan proposals to help grow the economy and create jobs -- that means strengthening our small businesses, giving needed breaks to middle-class families, while taking responsible steps to bring down our deficit.

I'm asking lawmakers to look past short-term politics and take action on that plan. But we've got to do this together.

I will deliver this message to Congress next week, but I'm asking you to stand alongside me today.

Now, the writer is trying to make the Republicans look bad for saying "sure, have it some other day," as the subject line is "Frustrated." But he doesn't mention the scheduling conflict here at all.

What he does mention is pressuring congress to "do the right thing" without any real specifics. he says the president has a "bipartisan plan" but there's nothing in it besides platitudes. He calls for congress to look past short term politics while plainly playing them himself.

All rumors and recent statements by the president give us a pretty obvious template of how the speech will go. He'll call for another stimulus spending package, tax increases in the way of cutting out loopholes and deductions, and then spend the rest of the time attacking Republicans and the Tea Party.

President Obama's reelection strategy appears to be bashing congress at this point. He wants to deflect negative attention and misery about the economy onto congress, particularly Republicans in congress which he and the press are trying really hard to characterize as "unpopular" (which, technically they are, but Democrats in congress are even more unpopular so it misses the point). I guess he hopes by contrast he'll look better, but I can't see that as a winning strategy. This strategy has some odd turns, as President Obama keeps referring to how people tired of "Washington" as if he's somehow not part of that whole scene.

Its sort of a return to the Hope and Change theme of 2008, but the big problem with this strategy is you can't run as the reform candidate if you're the incumbent. People may and likely will agree, but they'll point back at him and say "and you're part of the problem."

Increasingly, the president seems more like a spoiled child than a grown up with deep, significant responsibilities. I agree that the government can and should take action to help with jobs and thee economy, and I outlined exactly how that could be done yesterday. The problem is, all of it diametrically opposes President Obama's scheme and ideas, so he'll call for the opposite - more of what he's been doing to harm both already.

“The White House was well aware the president’s speech would conflict with a planned Republican debate sponsored by POLITICO and NBC to be held at the Ronald Reagan Presidential Library in Simi Valley, Calif. The debate would be broadcast live by MSNBC and live-streamed by POLITICO. CNBC and Telemundo will re-air the broadcast. Yet the White House did not see this as an obstacle.”

Just in case someone thought it was an honest mistake.

Posted by Christopher R Taylor at 8:54 AM