"I guess this is Obama's jobs plan" 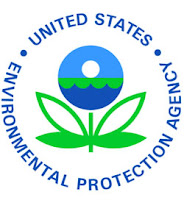 You've probably read about the EPA's new greenhouse gas rules which would require hiring over 200,000 more employees and costing $21,000,000,000. I've written quite a bit in the past on EPA and other governmental agency regulation madness that has exploded under President Obama when it was already far too much of a burden on business.

However, that EPA story isn't exactly accurate. The EPA didn't actually ask for these workers and the money it would take to hire, train, and give them a place to work. What they did is actually worse. At Junk Science, they report:

When EPA decided that it would regulated greenhouse gases under the Clean Air Act, it then obligated itself to write permits for all sources that emit 100 tons or more annually.
...
As even the Obama administration realized the impossibility of that task, the EPA unilaterally decided to raise the Clean Air Act threshold from 100 tons to 75,000 tons, thereby dramatically reducing the number of permits needed to be written (down to about 500 or so).

But as only Congress can change the law — not the EPA — the agency’s so-called “tailoring rule” is illegal. It is now the subject of ongoing federal litigation.

See, they didn't actually call for those jobs, they just rewrote part of the Clean Air Act in a way that would require those jobs and that money to enforce. But the executive department cannot rewrite bills to suit themselves. That's restricted to congress by the US Constitution.

Let me repeat: the Environmental Protection Agency is changing legislation by simply saying they can, something that is illegal and unconstitutional, a violation of the fundamental, overarching law of the United States.

Now, this is hardly the first time the Obama administration has done this: simply assert power that congress alone holds. They've gotten in trouble several times with federal courts for blatantly and deliberately violating the US Constitution to suit their activist whims. And either President Obama is telling them to, or he doesn't have a clue what's going on in the departments he's the boss of. Neither of those choices is particularly attractive.

And what's striking is that all those news outlets, all those protesters, all those pundits and talking heads on television, all those leftists concerned about abuse of power and the executive department overreaching its self were so loud when they accused President Bush of doing this and so quiet when President Obama actually does.

They used to argue sometimes that Republicans wouldn't care for overreach of executive power when a Democrat was in power... but that holds true in reverse, too. And this time, he's really doing it. Abuse of power is bad for your guys, too.
Posted by Christopher R Taylor at 8:52 AM