"But that decision—to believe Obama was more ready for the job than he evidently was—was a deviation from Martin Luther King’s dream. They were judging him not by the content of his character—which demonstrated that he was not ready to be president—but by the color of his skin." 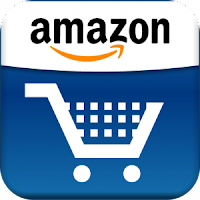 Amazon.com is so big it consists of 20% of all global transactions. In other words 1 out of every 5 purchases worldwide is from Amazon. Number 2 was Ebay, number 3 China's Amazon equivalent Alibaba.com.

California's legislature likes to look busy; this year they have 900 bills on the table ranging from the interesting to the absurd. One such bill is a proposal to ban all fitted sheets in hotels and hospitality businesses. Mike Opelka at The Blaze has the details:

The fitted-sheet bill is the brainchild of State Senator Kevin De Leon (a Democrat from Los Angeles), whose mother suffered back pains while working as a hotel maid. Kevin has been quoted as saying this was “an issue close to my heart.” It is also a bill that has the support of Big Labor. Sen. De Leon’s bill passed through the State Senate in June, but not before some spirited debate...

The problem with this idiotic idea is that its actually more work to put flat sheets on a mattress.

Following the idiotic mandates of the alarmist, US farmers are now growing more corn for ethanol than to feed livestock. And you wonder why food prices keep going up? Previous to this tipping point, corn's primary use was for livestock feed. Now its used to make fuel which is no more clean and less energy efficient than gasoline.

Investigation into possible fraud in mortgage ranking at Standard&Poor has begun. The Reuters article notes that this was begun before S&P downgraded the US from AAA to AA+, but it doesn't say how much before. If it was just a few weeks, that doesn't look very good for the Obama administration, which is already known for punishing people that upset them.

According to State Representative Michael Sturla (D-Lancaster), workers harvesting natural gas are increasing the frequency of venereal diseases "amongst the womenfolk." He referenced a study that showed an increase in the areas where drilling is taking place, but omitted the part of the report which notes an increase of substance abuse in those areas as well until called on his comment. Representative Sturla is chairman of the Democratic Policy Committee, according to his website. Terror and hate of "fracking" to harvest natural gas is common among the left, as its their best tool to stop us from taking advantage of the gigantic natural gas resource America enjoys.

Christians sat down to watch a movie about Jesus Christ at a park in Pakistan. They were set upon by youths of an indeterminate religion, beating the viewers and smashing the movie projector for its foul devil magic. No arrests or investigation of the assault resulted.

Previously on this blog I have noted that the ocean acts as a gigantic carbon dioxide battery, absorbing CO2 when its cold and releasing it when its hot. That's why higher CO2 levels always lag behind heat patterns. This is not disputed by any scientist, its well-known and documented, and has been demonstrated to have taken place in previous warming periods. Now NASA believes that the ocean acts as a gigantic heat battery as well, which makes sense as water covers most of the earth's surface:

According to Josh Willis, of NASA’s Jet Propulsion Laboratory, the oceans absorb one thousand times more heat than the atmosphere and are holding 80 to 90% of global warming heat.

Of course he goes on to the "water shortage" fallacy next. The big problem with this "water absorbing the world's heat" idea is that the oceans aren't actually warming. So if they're absorbing all this heat, where's it going? Maybe, just maybe, the heat isn't as great as urban temperature stations are reporting.

Alarmist models predicted that the El Nino current phenomenon would change as a result of warming and greenhouse gas forcing. Their computer modeling was shiny and impressive looking... and wrong, again. Like they all have been, every time. El Nino is not behaving like they predicted, and according to a paper published this week in the journal Geophysical Research Letters, this is due to ordinary changes and patterns.

Al Gore and his cronies all demand that we change our lifestyles in a manner they refuse to in order to fight mythical climate doom. In fact, legislation proposed by Democrats and endorsed by President Obama would require emissions in the US to reduce to the level of the late 1800s in America. Got a buggy whip handy? Unfortunately, a scientist at the National Center for Atmospheric Research (NCAR), even their computer modeling can only account for half of any ice loss they have seen in past years in the arctic and antarctic regions. In other words, even if we all rolled back to the stone age, the ice would still melt up there.

Via the Tax Prof Blog, a comment about income redistribution:

“The untold story is that redistribution of income is, by and large, not designed to help the poor but to preserve social stability on behalf of the rich (or a portion of them). It’s like Guido Calabresi used to tell his students on the first day of classes at Yale. Are you in favor of high taxes? Yes. Are you in favor of high spending? Yes. Do you want to see your seats at Yale redistributed to people with lower test scores? Silence. Aha, he would say, you just want to redistribute other people’s advantages, not your own.”

Recently, College Republicans at University of California-Merced proposed redistributing grades to various fellow students. Although these students support redistributing wealth, they declined to do so with grades because - get this - they earned those grades. Yeah, exactly. Yet as the commenter notes, redistribution of wealth is never really about raising poor up, its about maintaining them at a low level of misery. You don't create middle class out of the poor by taking from the rich, you just maintain the basic social structure. Its leftist status quo.

Patterico says he was willing to give black voters and Americans in general a mulligan in the last election. Yes, President Obama was obviously unqualified and unready for the job, yes he had radical connections and was clearly a hard left socialist, but people gave that a pass for the chance to elect a black president. But like he says, how long is this going to go on? How long is his halfrican American status going to give the president a pass? At what point does it actually become racist to deny problems in someone or expect less out of them because they look black? Is America willing to continue holding the president to a lower standard simply because of his physical features?

As I've noted before, businesses are holding back right now because of uncertainty and the concerns with vast future costs imposed by the Government Health Insurance Takeover Act. Victor Davis Hanson puts it this way:

Of course, one Huey Long — like “fat cat,” an occasional adolescent “millionaires and billionaires,” a once in a while juvenile “corporate jet owners,” a few 1960s-like “spread the wealth” or “redistributive change” slips, a single petulant “unneeded income,” or a sole pop-philosophizing “at some point you’ve made enough money,” or even on occasion the old socialist boilerplate “those who make over $250,000 should pay their fair share” in isolation are tolerable. But string them together and even the tire store owner and pharmaceutical rep are aroused from their 70-hour weeks, and start to conclude, “Hmmm, this guy doesn’t like me or what I do, and I better make the necessary adjustments.” And, believe me, they are making the necessary adjustments.

After a while, people start to take what you say seriously, if you say it often enough.

Senator Chuck Grassey (R-IA) is concerned about the destruction of 9000 documents that were part of fraud cases against big finance, including Citigroup, Wells Fargo, Bank of America and other finance giants. There's not a lot of information yet, and this could be ordinary document clearance of old or duplicate materials but it doesn't look good after TARP and the cronyism of the last few decades between these businesses and the federal government government.

Oh yes, one more thing. Ridley Scott is working on a new Blade Runner film. Whether this is set in the same world and a different story, some sequel, or a reboot, I just want no part of it. His vision of the movie and mine apparently differ a great deal because his director's cut sucked.

Again, Radical Muslims have shown that their primary target is... other Muslims. A suicide bomber set off a bomb in a crowded mosque in Pakistan, killing at least 50 fellow Muslims today. Gateway Pundit has more details.

Teacher of the year Jerry Buell wrote something critical of homosexual "marriage" on his Facebook page. The administration took swift action, reassigning him while they investigate this horrific crime. You have freedom of speech as long as it does not question your leftist masters and their agenda.

Christopher - nice blog. You've managed to gather current events material I failed to find this morning. I'd LOVE an RSS from you.

Thanks much,
Randy C. Vancouver WA

Oh dude, Harrison Ford's voice-over in the theatrical release is what sucked. According to the extras on my DVD Ford shared this point of view, and deliberately did the voice-overs as lamely as he could in order to block the studio executives who demanded it, but to no avail. I much prefer the director's cut, including the more ambiguous ending. Different strokes, I guess.