"Overall, it's probably created better programming for the listeners" 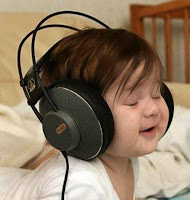 While I'm not as worked up about corporations and filled with conspiracy theories about radio companies taking over all over America, I do have a problem with corporate radio. Small, independent stations tend to be significantly more adventurous, unique, and will tend to play music that you don't hear on the corporate stations.

If you listen to the radio much - and fewer people do these days, I suspect - you tend to hear patterns such as contests, special shows, and the way people present their station no matter what the format is. I vaguely wondered why it was done that way, but wasn't interested enough to really think about it much.

Steve Carney at the LA Times explained why recently, and it has something to do with ratings:

Incessant repetition of the station call letters, so Arbitron listeners couldn't possibly forget where their dials were tuned. Or starting a contest at 7:25 a.m., so the station would get credit in the diary for both the 7:15 and the 7:30 quarter-hours. Or having promotions reach a crescendo toward the end of the survey week — which ran from Thursday to Wednesday — knowing that many diary keepers would procrastinate until then to fill out all their entries.

"People were programming for Arbitron, and for diary recall," said Mary Beth Garber, executive vice president of radio analysis and insights at the Katz Radio Group, a media marketer. "It's good to have a measurement where you're not relying on what people perceive."

The new system used for ratings, the Portable People Meter (PPM), is not a favorite of identity group advocates. When it was first tested in various cities, they quickly found out that a lot of genres and stations that were rating high with Arbitron were not actually being listened to as much.

What the PPM revealed is that people were listening to ethnic and hip hop stations much less than they claimed (possibly out of some sense of loyalty or hipness) and much more to talk radio, country, and other less hip sorts of music than they wanted to tell anyone. The presumption based on Arbitron diaries was that women listened to radio more than men, so programming matched that, which was foolish - most women will tend to be more contentious and dutiful about filling out a diary than men, which will over-represent them.

These shifts upset some people such as President Obama and House Minority Leader Pelosi (D-CA), because it moves perception away from favored groups (women, minorities) but radio stations tend to prefer the more specific, accurate data. The only concern is that the number of PPM out there aren't very many, so they might not give very appropriate information. The other concern is that some groups might not be trustworthy with the devices (such as very poor or gangbangers) so they will not be represented well, either.

But the shift in formatting is the most important, and useful, information for me. Radio stations who recognize the data they are getting will tend to run less rigid, formatted patterns to maximize Arbitron diary results and focus more on getting you to listen to them right now. Something I'd do as a station is run fewer blocks of ads and spread them out more over the hour as an experiment. Will people put up with an ad every 2 or 3 songs rather than 6 ads every 20 songs? Will they change stations looking for music while KADS is running yet another used car ad and find my station playing music, then stay? Its worth an experiment, at least.

And I'd love to see more variety, experimentation, and creativity in radio, because its gotten pretty stale at a lot of stations.
Posted by Christopher R Taylor at 8:25 AM