"So yeah, inappropriate and unprofessional but also...accurate." 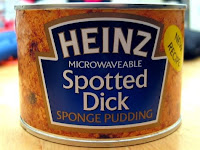 I touched on this in my Word Around the Net roundup, but it bears greater analysis. Mark Halperin at the Morning Joe show with Joe Scarborough on MSNBC said something he shouldn't have. He used a word that got him fired.

I try to avoid profanity on this blog and when I comment around the internet, and I'm trying not to use it in my daily speech, although unfortunately I've established a long life time habit of swearing, particularly when I'm upset. While I believe there is a place for profanity, it does usually demonstrate, as my mother used to say a "bankrupt vocabulary;" I swear because I can't be bothered to come up with a better way of putting things.

The thing is, sometimes a profane or curse word actually is the superior vocabulary choice. The actual transcript goes like this (contains one naughty word):

Joe Scarborough: Mark Halperin, What was the president’s strategy? We are coming up on a deadline and the president decided to please his base, push back against the Republicans.I guess the question is, we know a deal has to be done. Is this showmanship? A lot of times you go up there and both sides and they act tough so their base will be appeased, then they quietly work the deal behind the scenes.

Mark Halperin: Are we on the seven second delay?

Halperin: I wanted to characterize how the president behaved.

Scarborough: We have it. We can use it. Go for it. Let’s see what happens.

Brzezinski: We’re behind you, you fall down and we catch you.

Halperin: I thought he was a dick yesterday.

Scarborough: Delay that. delay that. what are you doing? I can’t believe — I was joking. Don’t do that. Did we delay that?

Halperin: I said it. I hope it worked.

Scarborough: My mom is watching! We’ll know whether it worked or not.

Now note several things here. First, Halperin was repeatedly assured that not only was the show delayed by several seconds and could be bleeped, but that the other members of the show would back him: "we're behind you, you fall down and we catch you." This was like one of those "trust building" exercises where you close your eyes and fall backward and trust someone to catch you. Well, Halperin fell and both his co hosts turned away and whistled, looking out the window.

The thing is, the word "dick" works well in this context. It connotes an arrogant, petty person, someone who is a obnoxious and unlikable while also being small and mean. Its the kind of person who takes your cookies while you aren't looking after claiming they'd guard them. The kind of person who asks out your girlfriend when you discuss having an argument. Someone you just are annoyed by, who does little, unlikable things.

This isn't about someone who is really evil or destructive, just very annoying and unlikable. Its the one word that best fits this description: dick. You are acting like a disembodied penis. So I'm a bit torn here, I prefer not to use that kind of language, but... this isnt' a case of deliberately being provocative (see how I swear? I'm so edgy and sophisticated! I shock the squares!) and it isn't a case of a bankrupt vocabulary. It just isn't polite.

And in this case, its true. Of all the things I thought about President Obama, this isn't the one I expected. I knew I'd have problems with his politics. I knew I'd disagree with his policy ideas. I knew I would find fault with what he did as president. But I never expected him to be such a... well, a dick.

President Obama has proved to be a family man, loved by his kids and wife, a man who believes in certain things and follows through on them (even if they aren't what he campaigned on). He's shown a certain consistency and integrity when it comes to his academic leftist ideology.

But the man has also shown that he's petty, arrogant, and small. The word that was used for this kind of thing in the past is "mean," not in the sense of being cruel, but in the sense of being uncharitable and illiberal, ironically enough. Its the kind of person who won't tip a good waitress because they're already being paid for their job.

President Obama takes cheap shots, like flipping off his opponents. He digs at his opponents, refuses to discuss matters with them, lectures instead of dialogs, and makes cheap cracks at people he disagrees with. He belittles, he demeans, and he acts like everyone around him is smaller, less important, and meaningless. When a crisis arises, he sighs and huffs about being distracted from his real goals. When he goes to ceremonies, he goes through the motions like a petulant child pulled away from his Wii. This is just disappointing to me.

I knew President Obama was arrogant, but he combines it with a pettiness, a smallness of the soul that is demonstrated all too often.

He's a dick. And Halperin spotted him for what he was.

Spotted Dick, by the way, is a sort of sponge pudding, an English recipe of sort of like a wet cake with currents (the spots) in it. It is a favorite of fictional Captain Jack Aubrey of the Patrick O'Brian books. You can win some in Stoaty Weasel's Celebrity Dead Pool contest.
Posted by Christopher R Taylor at 11:12 AM

I'm in complete agreement, and dumbfounded at the over-reaction from MiniTrue. They act as if he said a naughty word, but it's more that he called Big Brother a naughty word, and down the memory hole for him. Amazing.