I posted this on July 4th the first year of my blog.
"Bad men cannot make good citizens. It is when a people forget God that tyrants forge their chains. A vitiated state of morals, a corrupted public conscience, is incompatible with freedom. No free government, or the blessings of liberty, can be preserved to any people but by a firm adherence to justice, moderation, temperance, frugality, and virtue; and by a frequent recurrence to fundamental principles."
-Patrick Henry 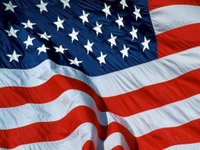 Today in the United States, we celebrate the 230th anniversary of the signing of our Declaration of Independence from the British Empire. The British, on the whole, were good rulers, but King George was abusing his power and the United States to a degree that what were previously good subjects became angry would-be citizens of a free republic. Thomas Jefferson wrote this declaration and issued it to the British government:

When in the Course of human events it becomes necessary for one people to dissolve the political bands which have connected them with another and to assume among the powers of the earth, the separate and equal station to which the Laws of Nature and of Nature's God entitle them, a decent respect to the opinions of mankind requires that they should declare the causes which impel them to the separation.

We hold these truths to be self-evident, that all men are created equal, that they are endowed by their Creator with certain unalienable Rights, that among these are Life, Liberty and the pursuit of Happiness. — That to secure these rights, Governments are instituted among Men, deriving their just powers from the consent of the governed, — That whenever any Form of Government becomes destructive of these ends, it is the Right of the People to alter or to abolish it, and to institute new Government, laying its foundation on such principles and organizing its powers in such form, as to them shall seem most likely to effect their Safety and Happiness. Prudence, indeed, will dictate that Governments long established should not be changed for light and transient causes; and accordingly all experience hath shewn that mankind are more disposed to suffer, while evils are sufferable than to right themselves by abolishing the forms to which they are accustomed. But when a long train of abuses and usurpations, pursuing invariably the same Object evinces a design to reduce them under absolute Despotism, it is their right, it is their duty, to throw off such Government, and to provide new Guards for their future security. — Such has been the patient sufferance of these Colonies; and such is now the necessity which constrains them to alter their former Systems of Government. The history of the present King of Great Britain is a history of repeated injuries and usurpations, all having in direct object the establishment of an absolute Tyranny over these States.

The people of the United States declared not only that they wished to be free, but that they had a God-given right to be free of oppression and misuse by tyrants. Not just a desire, but an innate right and divinely-appointed gift. This freedom was something that the founding fathers of the United States were willing to fight and die for, to suffer for, and to face almost certain failure against the world's most powerful navy and one of the world's most disciplined and tried armies.

But this freedom was not an end unto it's self. The freedom was not the goal, it was freedom toward something greater. Simply being free is wonderful, but unless it is directed to something, all that results is anarchy, chaos, and ultimately misery. Freedom is a tool, not a final goal. Chaplain and Lt Commander J.N. Moody, aircraft carrier in the Pacific during World War 2 expressed this truth well when he said of freedom:

"...it means nothing of itself. One can be free to be a Nazi, to torture prisoners in Manila, to oppress others freedom is good, only when directed toward some good. We want to be free that we might freely serve God, and so benefit ourselves and our fellowmen. This alone can make freedom worth fighting for."

These words are commemorated at the USS Yorktown naval museum in Charleston South Carolina, in brass on the wall of the ship. I remember visiting that place with a heavy heart and tears stinging my eyes as I thought of the young men fighting for liberty and against oppression in the heart of this mighty ship. I think of the final scene in Saving Private Ryan when the now aged John Ryan kneels by the grave of Captain John H. Miller and hopes that he's lived a life worthy of the sacrifice by all those men who died to save him. I think about that on days like this as I put my flag out again in the morning. 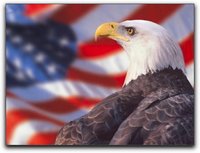 What are we living like? Are we living lives, personally, that are worthy of the sacrifice of over 200 years of history for what we enjoy now? Do we truly live free lives toward the purpose these men fought and suffered and sacrificed and died for? Do we live lives noble and virtuous and good, working for our fellow man. I don't mean the government I don't mean political parties or organizations or the guy across the street. I mean you and me.

It's traditional and part of the fun of the 4th of July, Independence Day, for Americans to fire off fireworks. We do so as a reminder of the gunfire and cannons and rockets of the first fight for our freedom, for liberty and independence. Let every single one of those explosions and bright lights, the whistles and pops and sparks remind us of the purpose of this day. Let it remind us of young men and women who fight and suffer and sacrifice and die to this day, and through our history for us to be free.

Not merely to be free, but to be free to do some good, to serve God, and to benefit our fellow man.
Posted by Christopher R Taylor at 8:35 AM