THE FUNDAMENTALIST CHRISTIAN CONSERVATIVE THAT WASN'T

"Time will tell what the future brings. But we must be prepared for a potential US intervention and must somehow manage to get Russia to contribute as a guarantor." 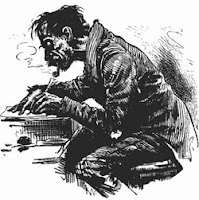 Anders Behring Breivik, the Norway murderer has been called not just a Christian but a fundamentalist Christian conservative. He's the white christian murderer the left has been waiting for all these years, when they've been wrong again and again trying to identify killers as one. But is he?

The lunatic's manifesto is available to read now, if you really care to, and SooperMexican has torn it apart and condensed it to make it easier to read and less rambling. So what does this fundamentalist conservative Christian think about Christianity?

The Judeo-Christian religions played an important and influential role in building the once mighty West but we also discovered that these religions contained a serious flaw that has sewed the seeds of the suicidal demise of the indigenous peoples of Western Europe and our cultures. This flaw was identified by the brilliant German philosopher Friedrich Nietzsche who described it as “an inversion of morality” whereby the weak, the poor, the meek, the oppressed and the wretched are virtuous and blessed by God whereas the strong, the wealthy, the noble and the powerful are the immoral and damned by the vengeful almighty Yahweh for eternity. (p. 391)

Should any person have the temerity to criticise any one of these “victim” groups, they will be viciously smeared and deemed guilty of numerous hate-crimes, the new heresy of the Liberal-Multicultural religion. The plain fact that this situation is destroying the west because it flies in the face of Mother nature...

In other words, he's critical of Christian love, charity, and tolerance for the weak. How about his personal faith, his testimony?

Myself and many more like me do not necessarily have a personal relationship with Jesus Christ and God. We do however believe in Christianity as a cultural, social, identity and moral platform. This makes us Christian.

So he claims to be a Christian, but utterly rejects the most fundamental tenet of Christianity, that you must call upon Jesus for salvation and become his follower, in a personal relationship with Jesus Christ and God the father through the work of the Holy Spirit. This is a total, categorical, and violent rejection of Christian fundamentalism in every possible aspect.

In other words: he clings to Christian ethics, but rejects the actual faith of Christianity. It is not a religion for him, just a framework for basic ethical behavior. Except for the charity and love for the weak, the downtrodden, and the helpless.

To put it another way, he's not a Christian, not fundamentalist, not of any sort except in name.

How about economics, what does he think about business, money, banking, and how a government should behave with these concepts?

All globalist companies will be nationalised (a minimum of 50,1% ownership must be redistributed to EF governments hands (combined) at any given time, for their respective countries). Investors with majority control who refuse this re-nationalisation process will have their respective corporation expelled from the European Federation monetary zone (losing trading concessions). Ensuring state control is the only way to avoid that globalist capitalist political lobby groups continue to negatively influence European policies relation to immigration and multiculturalism.
...
Is capitalism always a force for freedom? It is easy for “conservatives” to think so, but is it always true?
...
I never thought I would actually argue against capitalism but the US model is an extreme variant, almost resembling a pure laissez faire model. 83 percent of all U.S. stocks are now in the hands of 1 percent of the people. 66 percent of the income growth between 2001 and 2007 went to the top 1% of all Americans.

In 1998, Rupert Murdoch owned 34% of the daily newspapers and 37% of the Sunday newspapers in the UK. Successive UK governments have allowed his empire to grow in return for his media’s support.

Cross-media ownership and the fact that a small number of people own so many of our means of obtaining information is a threat as it institutionalises globalism and multiculturalism.

That almost looked as if he bashed Murdoch, I thought this guy was supposed to be some sort of conservative? Well what does he think about the environment?

Getting around is necessary, oil is not. Considerable efforts should be made to further develop high-power Lithium-Ion batteries. The goal should be to aim for oil independence. This will not only save the environment; it will completely devastate many Muslim countries economically which will weaken the ongoing Islamic imperialism.

All 2nd and 3rd world countries (where the average birth rate is above 2,1 [sic]) are to implement 1 child policies until their country is stabilised in regards to financial outlooks and overconsumption, saving their forests etc. This will both solve their poverty problem and result in drastic cuts in global pollution due to the fact that the population (consumer) explosion will be reversed.

But be in no doubt whatsoever that Mother nature will demand they pay the heaviest price for their arrogance and she will not care one iota if the entire white race has to pay too. Mother nature knows not pity...

Hold on, I thought this guy made fun of global warming? And yet here he is calling for everything the alarmists demand step by step: nationalization of companies, ending the use of fossil fuels, overpopulation, consumerism, etc. Again: not conservative.

Wait, there's one more bit, what does he think of Marxism? Surely he's opposed to that, right?

The essence of our struggle is to defeat the cultural Marxist/multiculturalist regimes of Western Europe before the we are completely demographically overwhelmed by Muslims.

He's not a Christian at all. he's not a conservative at all. In fact, he's something else, something more familiar yet from the region, from the past. He believes in white Nordic supremacy, nationalism, and opposition to corruption of his culture, immigration, and alternate cultures. He's a white supremacist who believes Christianity is weak and the strong must rule through the power of mother nature and their strong Germanic heritage.

And unlike what you probably were taught in school and is repeated constantly by the left, fascists are not conservative, not even remotely. They are traditionalist and dislike multiculturalism, but not for the same reasons and intent as conservatives.

Conservatives like tradition because it teaches us strengths from the past and ought not be rejected without good cause. Tradition brings us wisdom from our elders that is not wisely ignored. Fascists like tradition because they believe in a mythical glorious past, a power that can come from returning to the ethics and culture of long-gone pre-Christian peoples.

Conservatives are suspicious of an uncomfortable with multiculturalism because it tends to give all cultures and societies equivalence; it treats every cuture as fundamentally as worthy and useful as any other instead of picking the good out of it to blend into a greater culture and rejecting the bad. Fascists reject this because it waters down their ultimate ideal glorious culture they envision where the weak are crushed and the strong dominate as is their evolutionary right.

Fascism; its not just something from the past. And its not "you are trying to keep me from having fun." It is a real, brutal ideology and people kill for it.

Incidentally this guy is going to serve a maximum sentence in a Norwegian prison. that's 21 years in what Time Magazine called the "worlds most humane prison" with flat screen TVs, dorm-like cells, video games, a recording studio, and so on. Want to bet he gets out with more followers and a new book?
Posted by Christopher R Taylor at 9:43 AM