"Yet here these same champions of international law have lost their voices, and their outrage, when it comes to making what should be the easiest of judgments" 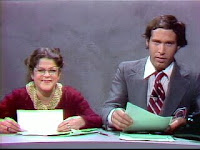 Gilad Shalit is an Israeli soldier who was captured by palestinian terrorists and has been held in captivity five years. His capture through a tunnel dug under the Gaza strip* led to closing these tunnels and eventually a brief war between Israel and the palestinian settlements that spread into Lebanon when that country assisted them and helped harbor rocket attacks.

Shalit is still being held captive, and the human rights groups around the world are taking swift and decisive action to commemorate this fifth anniversary. They are writing letters. That's got Hamas quaking in its boots. Here's what Amnesty International says:

Staff Sergeant Gilad Shalit has been in captivity for five years. Those holding him have refused to allow him to communicate with his family, nor have they provided information on his well-being and the conditions in which he is being held. The organizations stress that this conduct is inhumane and a violation of international humanitarian law.

Hamas authorities in Gaza must immediately end the cruel and inhuman treatment of Gilad Shalit. Until he is released, they must enable him to communicate with his family and should grant him access to the International Committee of the Red Cross.

Note what's missing here. No condemnation of Hamas, no demand for his release, no comment on the methods by which Hamas goes about its business. Just a demand they not be mean to him and let the Red Cross check him out.

Ed Driscoll can't figure this response out, nor the way the left so often tends to shrug at radical oppression in the Middle East. The very same things that they claim some rhetoric and activity might lead to in the west, they have little to no comment about when it actually does happen in Islamic nations. As Ed puts it "What it is about the Middle East that causes self-styled “Progressives” to suddenly mumble, 'Nevermind,' ala Emily Litella?"

Emily Litella for you who are too young to remember was one of Gilda Radner's characters on the original Saturday Night Live crew who would come on their fake news segment and launch into an angry diatribe that was utterly mistaken and bizarre, and when corrected would say "nevermind!" It was SNL's first quotable tagline. Like most of Radner's bits it was kind of funny, once, but somehow endures.

I think there's three reasons why the left acts this way when confronted by the evils of non-western countries. This is about the activist, loud, and cause-joining left, not the basic left-leaning guy sitting on the porch with lemonade.
ACT LOCAL
The first is the most obvious and the one they'll always say first: they can't change Iran, but they can change, say, Idaho. These guys can't really get Kim Jong Il to stop murdering people for refusing to sing his praises, but they can stop Newt Gingrich from saying President Obama is the "Food Stamp President" no matter how accurate it is.

Besides its scary to anger groups that will threaten to kill you and go into a rioting, burning, and looting tantrum when annoyed. You cans protest Sarah Palin for being female without being leftist in complete safety, but you'll get disappeared if you go to Iran and complain about how female protesters are being systematically raped in prison.

But this point is not completely honest because when the left's outrage machine gets really built up they can influence non-western nations such as South Africa's apartheid system in the 1980s, but mostly its about fixing problems in the west. Which brings us to number two...

If Iran changes its policy, fine, but that doesn't really help their status or feeling of satisfaction as much as getting America or England to change something. Who cares if Tonga stops something the left dislikes, they're tiny and meaningless (to the activist, not Tongans), but getting a western country to change something or even pay attention shows real power and status.

So when the left fought against Apartheid, they were genuinely concerned about the system of racial oppression in that nation, but they were more concerned with how they could make the west look bad for not doing anything about it, particularly Margaret Thatcher and Ronald Reagan. This was a chance to smear these conservative leaders as racists and supporters of an evil regime, even though it predated their births and had been a problem long before the left started making so much noise about it.

In addition, the goal here is not so much precisely what these groups are fighting for so much as a rebuilding of western culture and structures to more closely align with a leftist worldview, which brings us to number three...

The left's worldview is based upon certain concepts and presuppositions which conflict at times, but follow a hierarchy. That's a lot of jargon, but what it means is this: leftists have an unwritten, unexamined list of what's more important than other things in the back of their minds which controls how they respond to any situation. They aren't unique in this, everyone does, but the left's is a bit more arbitrary and contradictory than most.

Muslims are now considered an other, a protected, oppressed minority with a Just Complaint© against the west for cruel down-keeping by the man. Muslims have replaced Jews as the dusky group with a legitimate complaint of oppression over the centuries, and its a much more comfortable fit for the left. Muslims are opposed to America, while Israel was a friend. Muslims reject Christianity and Judaism, so they stand shoulder to shoulder with the left's opposition to the Judeo-Christian heritage of the US.

And when the left looks at the world, it is in terms not of right and wrong, but of oppressor and oppressed. They see anyone who is opposed to the White Male European Christian Empire® (WMECE) as an oppressed other, an outsider who by definition of not being the WMECE member as being a victim of it. Because there are no other categories to this sort of leftist: you're either oppressed or the oppressor. And if you have power or are in the majority you are the oppressor by definition, without exception, always, no matter what you do or who you are.

So Muslims, being non-WMECE and even better an enemy of the west, are now an ally, a put-upon minority who should be defended. Anyone who is critical of the Muslim is part of the oppressor and an Islamophobe. Anyone who the Muslim opposes is one of the bad guys.

So for the left to condemn these guys would be to betray the basic system of hierarchy: if they do wrong, well its forgivable because they were forced to it by the oppressive west, and they would stop if only we would treat them better, and they just need education, which George Bush tried to keep from them with bombs. So they might condemn forcing women to wear a shapeless bag and have no rights, but it will always be qualified, limited, and in subdued tones.

Besides, if you complain about the obvious and what everyone else condemns, you won't get face time on CNN or inches in the New York Times.

SO...
So the left has their agenda, it just isn't necessarily what it appears to be. And if that agenda becomes self-destructively contradictory, well you shove the confusing parts behind attacks on anyone who brings it up, name-calling, paper-machet puppets, drum circles, and chants.

And when the Islamic world says that a woman can be condemned to death as a filthy, seductive whore who lost her virginity to a rape gang, well its time to point at how evil Christians are for wanting people to not kill babies, and isn't Sarah Palin stupid?

*Incidentally, yeah, that's the same area the philistines lived in in the Old Testament; Goliath and all.
Posted by Christopher R Taylor at 8:46 AM

Actually, when Emily was corrected, she would reply "Oh. That's very different, then." (pause) "Never mind".

Not that it detracts anything from your (or Ed's) comment, but it's telling that the first line seldom-to-never gets mentioned as a response by the Left.