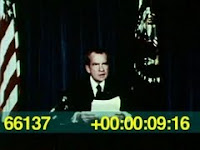 Just to help keep things in perspective, here's a comparative rundown of congressmen in various scandals and corruption cases between parties and the results:

DEMOCRATS
That's just the last 20 years or so and only in the US congress.

REPUBLICANS
Look over that list of Democrats again: none of them resigned. And why should they? By just staying in office, in a few years when the election comes up, their voters shrug and say "well he's not a Republican" and pull the lever. Where's the incentive to not be corrupt?

By contrast almost every single one of the Republicans resigned soon after the information on their misdeeds came to light, even if it was not an illegal act. They know that their voters will be outraged and throw them out of power - even if it means a Democrat taking office - rather than vote for someone like that again. And, they seem to have enough personal integrity to realize they have to pay a price for their acts.

In a way, that's sad. The men who'll show integrity and do the right thing (eventually) are the ones who'll leave office while the scum won't.

Too many are still in office on both sides, but look that list over again. Nobody on the Democrat side resigned for all those crimes. None of them. Nixon is caught lying and deleting parts of a tape, is threatened with impeachment, and resigns. To this day he's considered the ACME of corruption and misuse of power. Clinton is caught lying to a grand jury and sleeping around on his wife, actually is impeached, and stays in office. To this day people joke about his affair and consider him a pretty good guy.

The difference is pretty stark, really.
Posted by Christopher R Taylor at 8:52 AM

RE: "By contrast almost every single one" of the Republicans resigned

By my count, only six of the eleven named Republicans resigned. That's only 54% and to my mind at least that doesn't come close to being "almost every single one."

Was there perhaps a longer list (of Republican miscreants who resigned) that you intended to publish but inadvertantly omitted?

You're right, that's poorly worded. Of course none Of the Democrats did. I couldn't even find one example of a Democrat who resigned in disgrace from a scandal, but I'm sure there's one out there.

I would have mentioned that Gerry Studds was Censured by Congress, and he arrogantly turned his back to the Legislative Body as they did so.