"At Microsoft there are lots of brilliant ideas but the image is that they all come from the top - I'm afraid that's not quite right."
-Bill Gates 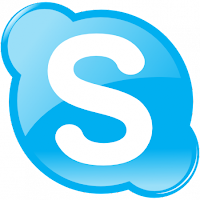 Microsoft bought Skype, the free internet-based voice and video communications platform. Skype is bundled for free on all Windows 7 systems, and Microsoft has been looking to acquire the business for a while now.

I don't particularly like this news. Its great that Skype got more than 8 billion dollars for their free service, something that never ceases to astonish me (where's the earnings to make up that eight billion dollars?). I don't blame Skype, if someone offered me eight billion for Word Around the Net I'd ask them where to sign.

The problem is a lot of times when big businesses take over something, it suffers. I can't help but think of Web ring, the terrific system of connecting various related websites on the internet. You could click on it for a list, or just jump to a random next site on the ring. Yahoo bought it, and destroyed it. Nobody uses netring any more. Yahoo killed it by requiring anyone who used Netring to sign an electronic contract saying everything which went on a website linked through the system belonged to Yahoo.

Strangely, nobody wanted any part of giving their work to Yahoo for free, so they just dumped the program. The way search engines work now, Netring isn't as useful as it once was, but it still would have been handy.

Microsoft's acquisitions tend to do better, Hotmail hasn't suffered under Microsoft's management for example. The thing I'm concerned with is that Microsoft tends to overengineer things. Hotmail was just a simple little program to send email over the internet, now it has all kinds of extra crap attached to it I never use, and its slower than it ever was before Microsoft bought it.

I just like businesses better when they are their own creature rather than one more part of a huge soulless corporation. When an internet business is somebody's baby I kind of like the idea, and want to help them out. When it becomes part of Bill Gates or Steve Jobs' massive multimedia empire, suddenly the romance goes away and I become suspicious.

I also tend to be more forgiving of a little company than a gargantuan one. If Skype was down I figured "well its free." If Microsoft owns Skype and it goes down, my attitude will be a bit less charitable.

That's probably unfair, after all I blog on Google's blogspot on a system with Microsoft's Windows, using Google's search engine (usually through Startpage) so I'm not entirely consistent on the issue. I just like the idea of small businesses started by some Joe doing well and patronizing them when I can.
Posted by Christopher R Taylor at 10:06 AM