NO HONOR IN THIS APPOINTMENT 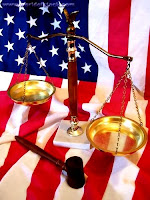 President Obama continues to work on appointing judges, one of the most powerful but underrated abilities the president is given under the US Constitution. The latest one to come up for confirmation is John J. "Jack" McConnell, Jr for the US District Court in Rhode Island. This is one of the more troubled picks for a federal seat that President Obama has offered, and he's already once been skipped over by congress in a previous round of confirmations.

Jack McConnell is a major donor to the Democratic Party, which makes any nomination of the man by a Democrat troubling, to say the least. It isn't so much that donations by themselves are a red flag, but he has donated significantly more than most, and to the very man who proposed him as a judge in the Senate. Judges are in theory impartial and apolitical, and while no one is perfectly so, a major donor to one political party suggests they are not in any way. McConnell has even made inflammatory anti-Republican statements in the past, demonstrating his strong party allegiance.

As a lawyer, McConnell focused on paint litigation, and there are some troubling allegations regarding previous lead paint lawsuits and billing in his past, allegations McConnell blocked investigation into. He has even reversed himself in testimony about the case in question. His biggest win in these series of lead paint lawsuits was later overturned by the Supreme Court.

Jack McConnell is the only judicial nomination in the history of the United States which the Chamber of Commerce has actively opposed as openly hostile to business. His rating from the American Bar Association was not very impressive, with several members considering him "unqualified."

Finally, McConnell's political leanings go far beyond normal judicial boundaries. For 14 years he was the director of Planned Parenthood in Rhode Island. He has been a member of Amnesty International since 1989, and has worked closely with ACORN in lead-paint lawsuits.

Senator Sheldon Whitehouse (D-RI) is a big fan of McConnell and has been lobbying and even threatening people to try to get him given the lifetime seat as a judge. Why no one is exactly sure, although Whitehouse would have you believe it is because McConnell is such a fine nominee. McConnell has been a large and consistent donor to Whitehouse's political campaigns.

A federal judicial appointment is for life. No judge is perfectly unbiased, and all have their political leanings. If you dig far enough into anyone's past you'll find something that makes people uncomfortable, but Jack McConnell's life is riddled with problems and red flags. The last thing this country needs is a lifetime appointment to high court of an ambulance chasing political operative.

So why does president Obama want this man as a Federal District Court judge? Analysts point to his political past, his activism, and his rhetoric as proof he would be a reliable activist judge. Like other Obama appointments, the choice of McConnell has much less to do with his qualifications and excellence for the position than his reliability as an activist judge who'll rule in favor of the president's ideology.

The vote on this man is soon, now's your chance to let your congressman know what you think about the man and anyone who'd help him get this life time appointment.

*This originally ran on the Washington Examiner Opinion Zone; the Senate confirmed this man as a District Judge despite his lack of experience and dubious qualities. I have every confidence he'll be a template activist judge.
Posted by Christopher R Taylor at 9:16 AM