"It is not really about fairness; it is about taking finite resources and applying them where they will have the most effect."
-Jim Walsh 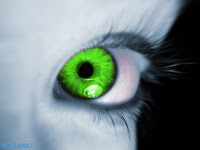 How you understand the concept of fairness and justice defines a great deal in terms of how you vote and what policies you will support or oppose.

For example, if you believe that fairness is defined by equality, then it is unfair that some have more wealth than others, and it is perfectly just to tax the wealthy by punitive amounts to redistribute that wealth to others, or as Democratic Party Chair Howard Dean said on MSNBC: "The argument is not whether [the government] should redistribute or not, the question is how much we should redistribute."

For the left, taxation is about punishing equally, so richer people should be taxed more heavily so that they feel the sting of taxation as much as those less wealthy than they.

If you believe that fairness is defined by merit, then it is unfair to take away the wealth that some have earned and give it to others who have not. Redistribution is inherently unjust in this perspective, and taxation is about proper running of government.

Or consider the role of government. For a leftist, fairness dictates that government's job is to make sure that people who are needy or perceived as disadvantaged are given assistance to result in equality with others. Government's role is proactive and more aggressive.

For someone on the right, the role of government is to protect people from having what they earn and have accomplished from being taken away and damaged. Government's role is reactive and more passive.

Recently a study was done in England by Policy Exchange that asked people about fairness and what they considered just and proper in terms of wealth and spending by the government. By a large majority, the people polled responded that they thought fairness was based on merit, not equality.

In England, at least, the bulk of the population rejects the left's definition of fairness, instead believing that justice is about getting what you have earned and deserve rather than everyone getting roughly the same thing. And England is a far more left-leaning nation than the United States of America. Should such a study be done in the US, it would likely indicate an even greater margin in favor of merit over equality.
This, then, should drive and define policy in a democracy, where the majority rules. The concepts of redistribution and equality of outcome are not just counter intuitive, but actually opposed by the bulk of any given population. Most people inherently believe fairness is about what you've earned, and redistributive and equality of outcome based policies grate against their sense of justice.

And ultimately, the concept of fairness meaning equality has absolutely no basis in reason. It is true that children will at times appeal to this flawed notion of fairness, complaining that their cookie is smaller than their sibling's. But they don't actually mean fair when they say that, they are simply trying to find a way to get a bigger cookie. The left hasn't ever grown past that stage intellectually, they still want a bigger cookie.

So why do people keep voting for the politicians who believe in the left's twisted version of fairness? Because while they objectively agree that its unfair to take from one person and give it to another that has not earned it, the idea of being given goodies you didn't earn is appealing to most people. When a politician says "I'll tax you mores so we can help the needy" that doesn't go very far politically, but if he says "we need to tax the rich so that you can have more" that is much more appealing. Particularly when you realize people tend to define "rich" as "richer than me."

So when people are faced with the academic question of what is truly fair, they answer reasonably, but when faced with a choice of people who will implement and act upon that understanding, they tend to become irrational. Some do this willingly and with full knowledge, but most don't think about it, they don't make the connection between what they know to be true and what they want politicians to do.

That said, the basic understanding of fairness and justice by humans, especially in America, is that it is based on merit and what you have earned, not on envy toward what others have. That worldview can be appealed to as Ronald Reagan continually did with tremendous success.

Conservative politicians should take note and take heart; their basic worldview is held up by the bulk of the population even in left-leaning England. All that is missing is a confident, vigorous statement of and support of these principles in office. Who will step up to the plate this coming election?

*This is a slightly expanded version of an article that ran at the Washington Examiner Opinion Zone.
*Hat tip Legal Insurrection for the Telegraph story.
Posted by Christopher R Taylor at 8:23 AM

By a large majority, the people polled responded that they thought fairness was based on merit, not fairness.

I think you meant that last word to be "equality".

Indeed I did, thank you for the correction.