"Of mankind we may say in general they are fickle, hypocritical, and greedy of gain."
-Niccolo Machiavelli 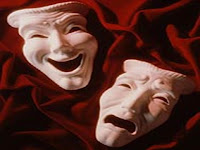 When President Bush was in office, most conservatives were very upset at the amount of spending that was going on. We were willing to put up with the expense of war, when justified, but the other spending that the Republican-controlled congress shoveled on the American people and President Bush signed into law was unacceptable and a constant source of frustration.

From the gargantuan and Orwellian-named Department of Homeland Security to Prescription Drug Medicare to the pork laden "highway" and "farm" bills to the horrible "omnibus spending" bills that had little more than giveaways to home districts for congressmen, we growled and yelled at the waste and the debt. Then came the capper at the end of the Bush administration, TARP, which shoveled billions of dollars at super-rich mega corporations to prevent them from paying for their stupidity.

All that time, Democrats complained about the deficit and the national debt. Now that a Democrat is in power, conservatives continue to complain about the spending, which has gotten even worse than when President Bush was in office, but Democrats suddenly think deficit and debt is perfectly fine. Here are a few comparison quotes for you to read:

My prediction is that politicians will eventually be tempted to resolve the [fiscal] crisis the way irresponsible governments usually do: by printing money, both to pay current bills and to inflate away debt. And as that temptation becomes obvious, interest rates will soar.
—Paul Krugman, 2003


If my Republican friends believe that increasing our debt by almost $800 billion today and more than $3 trillion over the last five years is the right thing to do, they should be upfront about it. They should explain why they think more debt is good for the economy.
-Harry Reid, 2006

We can’t back out on the money we owe the rest of the world, we can’t do as the Gingrich crowd did a few years ago, close the government.
-Harry Reid, 2011


The fact that we are here today to debate raising America’s debt limit is a sign of leadership failure. Leadership means that "the buck stops here." Instead, Washington is shifting the burden of bad choices today onto the backs of our children and grandchildren.
-Senator Obama, 2006 on raising the debt ceiling

This is no time for fooling around or playing politics on this critical issue. US Government spending is the driving force of global prosperity. Without it businesses and individuals would be forced to make their own decisions on what to produce, how to produce it, and where to sell it. We need government to ensure that resources are used wisely and distributed equitably...
-President Obama on raising the debt ceiling, 2011

Republicans aren't immune to this hypocrisy of course. Some of the very same congressmen who in 2006 argued that the debt ceiling absolutely had to be raised are now saying it cannot be. Republican representatives Cantor, DeMint, and Boehner, for example, all voted to raise the debt ceiling under President Bush and are arguing it ought not be now.

The difference of course is that in 2006 the debt was 8.5 trillion whereas now it is $14 trillion. So reversing yourself from agreeing to something when it is much smaller and somewhat less dangerous to rejecting it when it is much larger is significantly less troubling to me than doing the opposite, as Democrats are. And back then the debt was largely pushed by a war, which you cannot do on the cheap whereas now its pushed by gargantuan spending projects which are accomplishing nothing beneficial to the economy.

Its one thing to support raising the debt ceiling to help support troops and pay for a war on terror, but another entirely to support raising it by almost twice as much just to keep paying for programs that go on forever and are responsible for the debt to begin with.

This is the kind of thing that people cannot play politics on. This is too important an issue, with the stakes too high to be posturing with the intent of harming your foes politically to gain personal power. President Obama is right when he says that the American economy drives the world, and that's exactly why this kind of childish playground squabbling has to end.

*This originally ran on the Washington Examiner Opinion Zone.
Posted by Christopher R Taylor at 7:24 AM