"According to figures from the China Internet Centre, nearly [$2 billion] of make-believe currencies were traded in China in 2008" 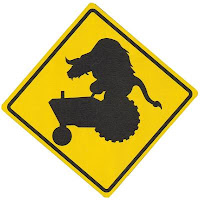 In 2006 I wrote about the gold farming industry in massive multiplayer online games like World of Warcraft. These games are a very popular multi-billion dollar industry with more people playing them in America than work in agriculture, and players like to get things in them that are difficult or expensive to obtain. Gold farmers go and make as much money as they can with often dull and repetitive actions, then sell that gold.

This is game money, non existent units of fake gold in a game setting, consisting of nothing more than 1's and 0's on a server farm. People pay real money for this fake money, exchanging dollars and lira and yen for gold in various games.

Some of these farmers are young players who make a living playing games to earn gold which their employers sell online. The New York Times interviewed one who said:

"For 12 hours a day, 7 days a week, my colleagues and I are killing monsters," said a 23-year-old gamer who works here in this makeshift factory and goes by the online code name Wandering. "I make about $250 a month, which is pretty good compared with the other jobs I've had. And I can play games all day."

They aren't paid well but they get room and board and for a kid, playing a game all day is just fine. Not all of these gold farmers are voluntary, though. Recently the UK Guardian ran an article by Danny Vincent about forced online labor at Chinese prisons:

As a prisoner at the Jixi labour camp, Liu Dali would slog through tough days breaking rocks and digging trenches in the open cast coalmines of north-east China. By night, he would slay demons, battle goblins and cast spells.

Liu says he was one of scores of prisoners forced to play online games to build up credits that prison guards would then trade for real money. The 54-year-old, a former prison guard who was jailed for three years in 2004 for "illegally petitioning" the central government about corruption in his hometown, reckons the operation was even more lucrative than the physical labour that prisoners were also forced to do.

"Prison bosses made more money forcing inmates to play games than they do forcing people to do manual labour," Liu told the Guardian. "There were 300 prisoners forced to play games. We worked 12-hour shifts in the camp.

They'd earn about $700 a day off these prisoners, either earning money or running about advertising in populated areas. The idea that prison bosses in China might use this free labor to earn them some extra cash on the side isn't exactly shocking news.

It isn't very surprising, as a WoW player, to learn that at least some of these guys are grinding out money at the point of a gun either, as they're some of the most rude, uncaring, unresponsive jerks to ever walk the planet, even beyond not speaking English.

I feel bad for these guys, though. I'm sure most of them belong in prison, even in a totalitarian bloodthirsty dictatorship like China, but they work all day at hard labor then have to put in hours grinding out money for bosses playing a games that, were they let free to do what they want, are rather entertaining.

It is actually illegal to import goods produced from forced prison labor into the US, but Europe has no such qualms, and they'll buy things from Chinese prison labor then send them to the USA. This sort of labor goes straight through over the internet in a strange, virtual economy where online banking sends credit to china for fake money in a game in the US. This one slips through the cracks because the world is still figuring out the new economy with the internet involved.
Posted by Christopher R Taylor at 8:44 AM