THE ART OF THE POSSIBLE

"Politics is the art of looking for trouble, finding it whether it exists or not, diagnosing it incorrectly, and applying the wrong remedy."
-Ernest Benn 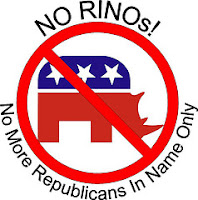 Congressman Paul Ryan has a plan he thinks will take a significant bite out of the national debt of the United States, and further act to restrain greater debt in the future. The Ryan budget plan has gotten a lot of publicity, and the Democrats seem to be running against it as if it were an opposing politician.

Recently, Senator Brown from Massachusetts announced he wouldn't vote for such a bill if it passed the House. This has raised the ire of some on the right, as Brown claims to be a Republican and there is a serious, even dire need to reduce the debt and US deficit as soon as possible.

However, were I in congress, I probably would not support the Ryan plan, either. Sure, it has some good points and would make real movement toward reducing debt, but it won't pass. It cannot get past the Senate, even if it makes it out of the House of Representatives, and in any case, President Obama would simply veto it.

The primary flaw with Ryan's plan isn't that it is draconian or would starve children. The problem is that it is too ambitious and cannot survive the present congress. Grand gestures have their place, and making your opponents vote against something important is politically useful, but we need serious work that's being done immediately, not gestures.

Otto Von Bismark once said that “politics is the art of the possible, the attainable - the art of the next best.” All idealism and dreams aside, you can only accomplish what you have the votes and the political will to accomplish. At present, a huge sweeping plan of massive cuts and rebuilding of one of the biggest entitlement programs in the federal government is not attainable, it is not possible.

Without stronger control of the house, control of the senate, and fewer "moderate" Republicans in congress, major changes to the federal budget aren't possible. That's just the bottom line fact, no matter what we'd rather see or wish could happen.

So what can congress do to cut the debt and take real steps toward reform? They have to start smaller and slower and target other things. Don't go after the big popular programs the left will die to protect. Don't tackle the creeping socialism in government yet, that goal isn't attainable.

The GOP should target cuts in areas Democrats will find it easier to agree with and defend to their constituents. Remember, for the average congressman, being reelected is their primary goal. Republicans in congress should work with that concept in mind for Democrats - don't throw something at them they cannot vote for and survive in their districts.

It isn't that the GOP should help Democrats be reelected, but that they should recognize that they need these votes to accomplish anything at present.

So Republicans in congress should draft a budget that targets waste, duplication, and ineffective spending in the military and intelligence budgets. Almost no leftist Democrat can resist cutting these two areas, and if the cuts are determined by someone friendly to defense and intelligence, then they will be smart cuts we need rather than slashing cuts by an enemy.

Target programs which might have been useful or good at one point but are not any longer, such as Voice of America, the gratuity paid families of congressmen who die in office (and are typically millionaires to begin with), government subsidies for political conventions, and the federal government payments to the International Fund for Ireland.

And the most clear, effective, and winning gesture that congress can make toward showing they are serious about budget cuts is to personally take a pay cut, across the board, for all congressmen, cutting their staff budgets, benefits, and freebies. If each congressman voted to cut their own staff and pay, that would send a very attractive message to the American people that they're willing to sacrifice before they ask the American people to.

President Obama vowed in 2008 to cut federal spending, partly by targeting programs that have outlived their usefulness. Its time congress held him to this promise and offered him just such a budget. This sort of budget wouldn't be nearly enough in cuts; it would be barely a drop in the bucket, but it might end up more valuable than larger cuts in the long run.

Because when America see cuts take place, them not being hurt, and the world not ending, then the momentum shifts toward more cuts. Its harder for the Democrats to argue GOP efforts as draconian that will force granny to eat dog food when this sort of thing goes through and nobody is even affected.

And that means the next election, running on budget cuts and trimming the federal government down will be harder to fight against, easier to follow through on, and the political will can be found to do the tougher work.

The only question is whether there's time to do this over the long haul or not. I fear we've passed that point, but what choice do we have?

*This originally ran on the Washington Examiner Opinion Zone.
Posted by Christopher R Taylor at 8:36 AM

But herein lies the rub... without things like the Ryan plan and elected officials to visibly support it, the Republican base will brand them all as RINO's and not get out and vote, hence they never pick up significant majorities.

I think under the current political climate, it's better to lose big until you can win big. I would vote for the Ryan budget even though it is destined to fail, because then conservatives running next year would be able to tell the American people, "See, we had the opportunity to pass a bill that truly took a bite out of the deficit, but the Democrats wouldnt' do it. You need to replace them."