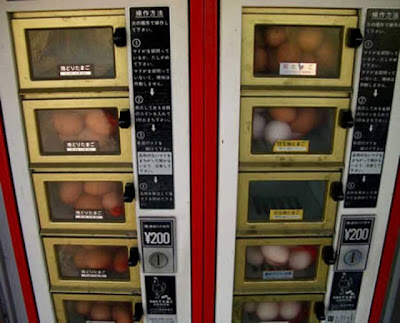 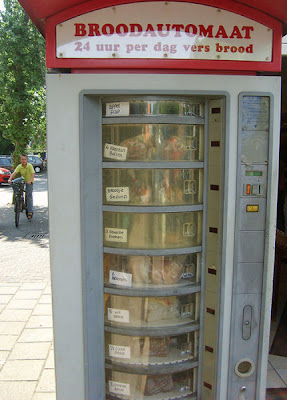 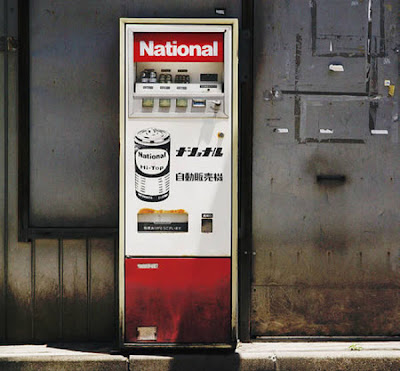 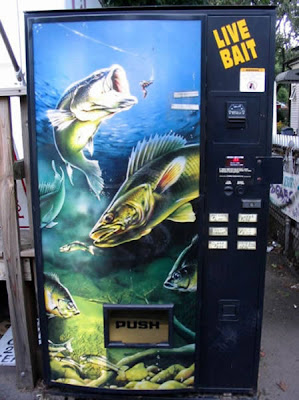 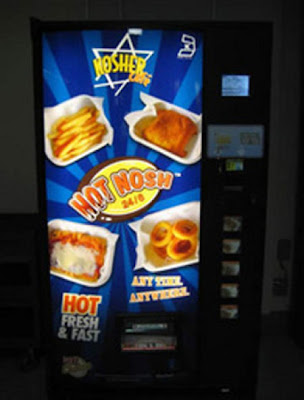 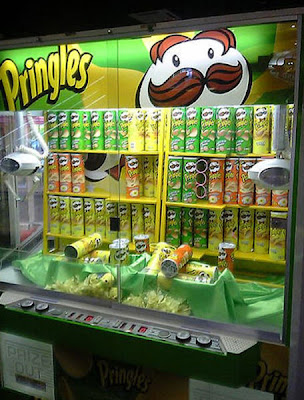 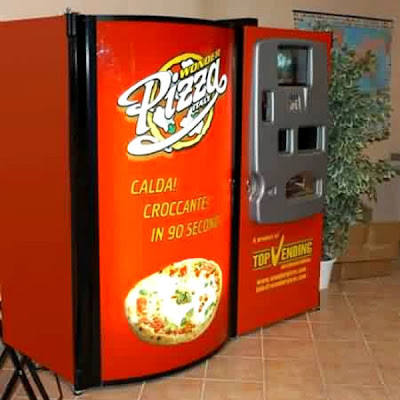 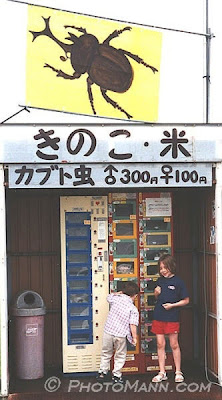 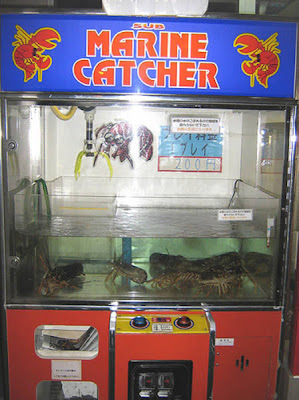 Live Lobsters - how on earth does this work? 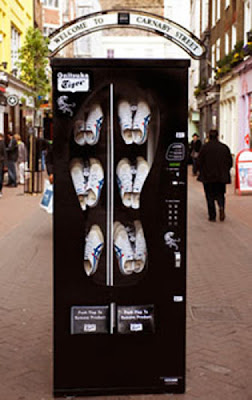 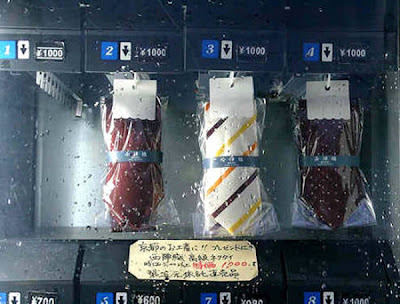 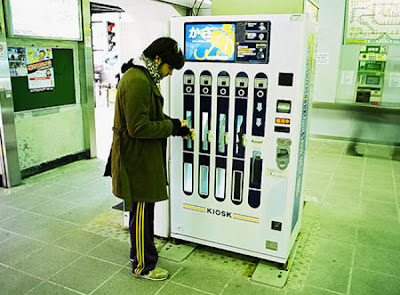 Umbrellas
Just about anything can be put in a vending machine I guess. One of the best I ever saw was soup. They had cans of soup that they'd heat up and dispense with a spoon, and it was good stuff. I don't know if they had problems with lawsuits or exploding cans but I never see that any more. Then there were the coffee cups with poker cards on them, as shown in Terminator 2. Vending Machines are usually a pretty bad deal in terms of cost, but they are convenient and sometimes they're all you have time for.

And, of course, there's Automats, which I've written about in the past and I believe are going to be making a comeback. A full meal, in seconds, out of dozens of choices, for a good price. That kind of thing is going to be more popular, I suspect.

Still, I don't think I'd wear any of those ties or trust the shoes.
Posted by Christopher R Taylor at 7:53 AM

Live Lobsters - how on earth does this work?

Along the lines of the pick-up-a-stuffed-toy-by-crane?

It kind of looks that way, doesn't it? I hope its more reliable.

Did you notice the Kosher Snack machine also says 24/6 on the front?

Does the machine not work on the Sabbath?

Not unless you pay a Gentile to push the buttons for you.