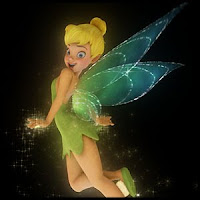 If there's one thing you can rely on from Hollywood, its that they're predictable. Tim Burton made a mint off the rebooted Alice in Wonderland film last year, so there's a score of old faerie tales and stories coming out in film form to try to duplicate that.

The recent rush of Peter Pan film projects hitting the town began with The.Never.Land, a spec script by John Swetnam that was sent to studios in mid-February by APA and FilmEngine. That project, described as a big-budget tentpole, tells the story of Wendy and the forever-young boy with a Twilight-ish spin.

Around the same time, an untitled Peter Pan pitch hit studios from Wedding Crashers producer Tapestry and CAA-repped Jeff Rake, who came up with a Pan family adventure concept.

Both projects then saw some of the wind taken out of their sails by Pan, the high-profile Channing Tatum-led package that included Billy Ray on board to write and Joe Roth attached to produce. Pan, which reimagines the classic 1904 stage play (and later novel) by J.M. Barrie with the boy and the dastardly Captain Hook as brothers, recently sold to Sony in what sources say is a seven-figure deal.

Not to be outdone, on March 11, Neverland hit the town and is in play at several studios. The spec script by Aaron Henry and Kirk Kjeldsen is being repped by Aperture, with Pan recast as a villain abducting London's children, while Hook, the hero, must stop him.

The Pan pileup comes amid a wave of fairy-tale and classic literature projects taking hold in Hollywood, as studios seek to move away from the comic books and toy brands that have filled multiplexes. On the heels of Red Riding Hood, several versions of the Snow White tale are in the works, as well as Hansel and Gretel: Witch Hunters at Paramount and Jack the Giant Killer at Warner Bros.
...
Not to be left out, TV is jumping into the Pan game, with Syfy making a four-hour miniseries titled Neverland. Keira Knightley just joined the cast as the voice of Tinker Bell in what is intended to be a prequel of sorts.

Its peter pan mania! The last time someone tried this was Robin Williams and Spielberg with Hook, which I thought was pretty good but it didn't do well in theaters. Disney's faerie flood with alternate Tinkerbells (carefully multi-ethnic, of course) might have generated more interest in the story as well.

Of course, there are also Hansel and Gretel: Witch Hunters and Jack the Giant Killer as well as Snow White with Julia Roberts (hopefully cast as the witch). I suppose this all really started with Pan's Labyrinth which was a surprise hit and a sort of faerie tale deconstruction.

In a sense I can sympathize, because things have been rough for movie makers and they are desperate to find that reliable hit. Its very expensive to make movies the way they do, and while there are a lot of ways they could cut costs (cut back on the catering, hire unknowns, etc) the Hollywood way is to try to find something that's making money and piggyback on it.

Of course, you can't just tell a story, you have to give a post-modern deconstructive spin to it, something Tim Burton understood you don't do with a classic story. Burton kept the wonder, retained the characters as they were, focused on Wonderland as a real place rather than a dream, and produced something visually fascinating, if not particularly compelling in its story. Sure, he pumped it full of modern grrl power, which was bizarrely out of place in the Victorian England setting, but it made sense in Wonderland, where all the rulers were women anyway.
I also understand that with a lot of competing projects out there, you want to make something that stands out. Casting Peter Pan as a villain and Captain Hook as a hero actually appeals to me, but it violates the basic story so badly you can barely use the same names. The original plan for Russel Crowe's Robin Hood story was to make Hood a villain and the Sheriff of Nottingham the hero. That one actually works better, Robin Hood was a criminal, and the Sheriff was just trying to catch him. There's no evidence that King John was evil, just weak and not very bright.

Still, some stories are so critical to our collective memories and shared narrative that you ought not mess with them too badly. I enjoyed the recent King Arthur movie all right, but it did violate one of my basic principles for the tale: don't take the magic and romance away. That's why despite loving all of Bernard Cornwell's other writing, I don't care for his Winter King series about Arthur. I recommend the Pendragon cycle by Stephen Lawhead much more.

Something I'd love to see along those lines is a good adaptation of Once and Future King which has never yet been done. Disney came sort of remotely close with Sword in the Stone in the initial part of the film, but then took a massive departure.

So we'll have to suffer through a year or two of big budget faerie tale movies, but the makers should beware. Tim Burton has a uniquely childlike vision, if a bit goth and dark, and his wonderful imagination makes stories like Alice in Wonderland work. In a way I think he's probably a lot like Lewis Carroll, so the story was a natural fit. Rebooting tales with a modern twist and modern sensibilities doesn't often work.

Which brings me to The Thin Man. Johnny Depp again, playing Nick Charles. While he'll never be as good as the incomparable William Powell in the role, I can see Depp playing the part. I can almost see remaking this movie, since it was done in the thirties. The problem is how they want to do it (again Kit from Hollywood Reporter):

The studio put the remake into development in October, taking its time to find a writer who would give it a contemporary attitude but retain the period setting.

For the life of me I'll never figure out why people want to do this. The Thin Man is one of the best and most loved detective stories and films ever made. Dashiell Hammett himself worked on the screenplay last time and consulted on the movie. Exactly how do you figure you're going to do it better this time?

Don't say "modern audiences won't care for a period piece" because they watch movies set in other times all the time, and these can do very well. The Lord of the Rings and Star Wars movies made a mint and they're set in worlds that doesn't even exist.

The writer's previous credits include Alf and Twin Peaks which doesn't exactly fill me with confidence. The director has done Chicago, Nine, and the upcoming new Pirates of the Caribbean sequel. None of this adds up to anything I am enthused about seeing, but I guess we'll find out.

There are a host of great movies out there that could be made, from stories untouched by Hollywood, but it takes daring, talent, and awareness of these stories for anything to be done, and I'm not even sure most people in Hollywood can actually read these days.
Posted by Christopher R Taylor at 8:42 AM