…a “hate group” has nothing to do with criminality… [or] potential for violence… It’s all about ideology.”
-Mark Potok 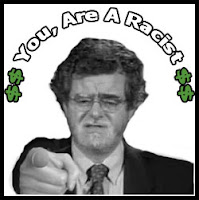 Morris Dees and Joseph J. Levin Jr created the Southern Poverty and Law Center (SPLC) in 1971. It was intended to be a civil rights law center, and SPLC focused initially on the Ku Klux Klan and other white supremacist groups. As time went on, it began to include other civil rights topics, and has become a go-to group for journalists writing about "hate groups." Yet for all those good intentions, their information and their slant on issues tends often to be misleading and sometimes outright false.

Over the years, the SPLC has shifted emphasis from its legal work to "educating the general public, public officials, teachers, students and law enforcement agencies and officers with respect to issues of hate and intolerance and promoting tolerance of differences through the schools," spending about half its yearly reported budget on this task. As a part of that effort, the Southern Poverty and Law Center releases a report on hate groups and hate crimes each year, and this year the latest report claims that these organizations are on the rise. They claim that there are more than 1,000 of these groups for the first time since the 1980s. AFP rewrites the press release this way:

What may be most remarkable is that this growth of right-wing extremism came even as politicians around the country, blown by gusts from the Tea Parties and other conservative formations, tacked hard to the right, co-opting many of the issues important to extremists.

And that's typical of how the SPLC works. They tie conservatism and extremism continually, labeling any group to the right of Harry Reid "extremist". They call groups concerned about illegal immigration "anti-immigration" and "nativist." They label people like Giffords shooter Jared Lee Loughner "right wing" and tie him to Sarah Palin and the Tea Party Movement.

It isn't that many of these groups are not problematic or perhaps even characterized by hate; the KKK falls under that category quite well. And it isn't that the SPLC focuses exclusively on right-wing targets; three of the top ten biggest hate groups are black organizations such as the Nation of Islam and New Black Panthers. The problem is that they add in groups which don't belong out of political correctness, and their methodology seems more driven by a need for large numbers than any integrity or science.
The SPLC treats any organization such as the Illinois Family Institute as being a hate group because it considers homosexuality to be morally wrong. They list the blog Atlas Shrugs a "hate group" for warning of Islamic extremism. If the Klan holds an anti-illegal immigrant rally, then such rallies are tied to the Klan. Experts at the SPLC warned Missouri police to watch out for “dangerous” people with Ron Paul and Bob Barr bumper stickers on their cars, suggesting that they may be "militia-influenced terrorists." One almost gets the impression that the SPLC hates the political right.

The methodology of their hate group number gathering is questionable, at best. Warner Todd Houston writes at Big Government:

Let's take Michigan, for instance. The tally of hate groups in Michigan is 35 the SPLC tells us. But on that list you'll see the National Black Foot Soldier Network listed four times, the United Northern and Southern Knights of the Ku Klux Klan is listed three times, the United White Knights of the Ku Klux Klan also three, and the Nation of Islam four.

So when the SPLC counts hate groups, it counts multiples of the same group even in the same state. The website Watching the Watchdogs points out that several dozen of these alleged "hate groups" don't even have a location on their hate map. In the San Louis Obisbo Tribune, March 25, 2009, SPLC Intelligence Director Mark Potok said “...inclusion on the list might come from a minor presence, such as a post office box.”

Watching the Watchdogs also noted that for a civil rights and race-hatred legal organization, their leadership is pretty monochrome. In fact, every single one of the top officers of the SPLC is white. According to the SPLC's hometown newspaper, the Montgomery Advertiser, the SPLC has never hired anyone but whites to a highly paid position of power in its entire 40-year history, and only two non-whites as an attorney of any kind by 1995.

And in the end, a nation with the 1st amendment held in such high regard must be willing to tolerate ideology that we disagree with or find horrible. Diversity, the highest goal of many leftists, requires ideological diversity as well as physical difference; there has to be tolerance of ideas you dislike or find wrong as well as people you consider different and odd. So what is the point of the "hate list" to begin with? Fundraising appears to be the primary answer.

In 2001, JoAnn Wypijewski wrote in The Nation magazine (a hard-left publication, to say the least) about the SPLC's commitment to money, not civil rights:

In 1999 it spent $2.4 million on litigation and $5.7 million on fundraising, meanwhile taking in more than $44 million—$27 million from fundraising, the rest from investments. No one has been more assiduous in inflating the profile of [hate] groups than the center’s millionaire huckster, Morris Dees, who in 1999 began a begging letter, ‘Dear Friend, The danger presented by the Klan is greater now than at any time in the past ten years,”

Today the Klan has an estimated 3,000 members, down from four million at its height in 1925.

Yet for all this, the media takes the Southern Poverty and Law Center is taken very seriously, and SPLC statements are reported on without question or deeper analysis. The media simply reports what the SPLC told them without consulting any other sources or digging to find out if any of it was true. At some point, journalists need to start questioning these conveniently bias-confirming press reports no matter how easy they are to turn into a news article. Some day, they need to question the SPLC's methods and conclusions.

*This originally ran on the Washington Examiner Opinion Zone.
Posted by Christopher R Taylor at 8:44 AM