"we just don't think they belong on upper Solano" 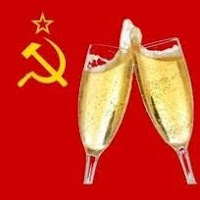 In America the left considers Wal*Mart to be an evil corporation and a symbol of all that is wrong with commercialism and greed. The real reason behind their opposition is primarily the company's lack of unionization, when the truth is told. Wal*Mart is the continuous butt of jokes for its clientele who often are poorer and less sophisticated than Manhattan cocktail party goers.

What is missing in this demonization is that the company is a boon to the poor, the elderly, and the handicapped. By having one location with everything a typical shopper needs to buy, wide easy to access aisles, helpers at the door, and low prices, Wal*Mart is a great help to people who haven't got a lot to spend and cannot get around as well as a youthful Wisconsin union protester, for example.

Hard leftist communities such as Berkeley California have worked long and hard to ensure that the evil Wal*Mart will never darken its streets. It isn't that Wal*Mart has no drawbacks. Its goods are often not the highest quality and often are of Chinese manufacture, and it tends to crush smaller local shops by lower prices and greater convenience, which is always sad to see. The problem is that there are other lower cost shops which are even cheaper and more accessible than Wal*Mart, such as Goodwill, and Berkeley doesn't care for them either.

Goodwill doesn't buy its goods from China, it doesn't push small shops out of the market through competition, and it isn't a mega corporation. Its true that unlike the trendy boutique "thrift" shops that Berkeley (like most college towns) love, Goodwill is actually cheap and survives on donations, but that isn't the reason the leftists in this town are trying to block the shop. Carolyn Jones at the San Francisco Chronicle explains:

Solano Avenue merchants are trying to stop the nonprofit giant from opening a thrift store in the upscale commercial district, saying it would be a magnet for the homeless, noisy delivery trucks and bargain-hungry shoppers not likely to patronize the area's boutique baby stores and Persian rug shops.

"We need specialty stores that will draw people here, and that's not going to be Goodwill," said Anni Ayers Forcum, owner of a jewelry store on Solano Avenue.

The problem is that it will attract those shabby poor people, the non-beautiful, non-rich customers. There is a Goodwill in Berkeley, but it is on University avenue, away from the nice part of town where the rich leftists go buy dashikis and keffiyehs to show solidarity with oppressed others.

The problem here isn't so much an opposition to the principle of Goodwill existing as the idea that it would be in the wrong part of town. Goodwill attracts the wrong sort of clientele, you see, poor people who just don't fit in.

Seeing a town like Berkeley that tries so hard to be "progressive" and leftist to be so blatantly class conscious and bigoted reveals a lot about the urban white leftist's private ideas. Its fine to help the poor... with other people's money, and time, and effort, as long as they are over there. When they get too close or start to move into the nice places the leftists like to frequent, well that's where their good will ends.
Posted by Christopher R Taylor at 8:14 AM

I think of Walmart as cheaply made goods created primarily by the use of Chinese labor.

That being said...the deli there has some very tasty popcorn shrimps!!!