"This new generation of environmentalist is aware of the benefits of conservation, but also equally aware that new technologies can help increase conservation efficiency." 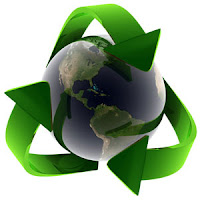 James Watt, secretary of the Interior for Ronald Reagan is often quoted as having said "After the last tree is felled, Christ will come back," as a reason for not worrying about the environment. Watt never said this, it was simply attributed to him by an author in Grist magazine, and later retracted. Still, many believe that conservatives and capitalists think that its okay to rape and destroy the planet in the name of riches and God. In reality, capitalism is one of the best hopes for our environment.

Looking around the world, you can find a direct correlation between poverty and ecological disaster. Where people are poorest, the pollution and economic destruction are far worse than in more wealthy areas. Places where many poor people live in close quarters such as Calcutta, Beijing, and Mexico City are even worse.

The main reason that poorer areas are such ecological disasters is because of the poverty. Economic stress causes people to stop being so fussy about how they find their next meal, or shelter, or clothing. When resources are limited, people begin choosing more critical needs over less, and picking up the trash stops being a priority, as does cleaning up waste, planting trees, and so on.

It is also no coincidence that the poorer and less ecologically sound places in the world tend to be less capitalist. One of the most shocking things to academics and leftists when the Soviet Union collapsed is what an incredibly horrendous wasteland much of Russia had become under their rule. One infamous example is Lake Karachay, which the Soviet government used as a dumping ground for radioactive materials from their nuclear power plants. There is a company which specializes in finding radioactive materials scattered around the nation, including inside Moscow. China is the world’s leading producer of carbon dioxide and general pollution.

Instead of resulting in better care for the environment, countries under totalitarian rule tend to have significantly worse care. The more collectivist the government, the worse their environmental care tends to be, for a few simple reasons.

A significant reason is economic. Capitalism gives incentive to taking care of your environment because it is costly and less attractive to customers and investors. If your company is destroying the land around it, that tends to annoy and upset customers. Further, capitalism provides not just opportunity, but pressure for poor to get out of poverty and thus away from the desperation that creates environmental stress. Capitalism helps people achieve more and opens the way for anyone to become whatever they have the ability and will to become. Other, collectivist systems such as socialism and communism stifle and discourage this economic growth.

However, the main reason is technological; capitalism tends to encourage and benefit people who innovate, invent, and create. Other systems with top-down control tend to stifle this, encouraging the status quo and simply obeying the rules to get a check. There’s no incentive to try harder, invent, or find a new way because you get paid the same either way.

Technology results in less damage to the environment for better results. In the 1960’s Paul Ehrlich believed farming and food production techniques could not and would not get any better, so we’d become overpopulated and starve. In reality, food technology exploded in the end of the 20th century, resulting in massive increases in production while using fewer resources.

Similarly, technology, driven by free-market capitalism, has resulted in a more energy-efficient world. Air conditioners and heaters are far more efficient today than they were even ten years ago. Computers, televisions, and other entertainment media use far less energy, often through simple innovations such as flat-screen LCD technology.

These innovations come about because of the freedom and rewards which a free market affords, providing the tools for a cleaner planet. Companies realize that its cheaper in the long run to pollute less (and clean up less in the future) and they can advertise themselves as being good for the environment, which is popular with buyers.

Capitalism can be destructive to the environment, but the free market inevitably over time provides counters and solutions to that, with advances to technology and pressures in the market. Collectivist systems tend to suppress both, resulting in stagnation and less benefit to the environment.

So if you love the environment and want to save mother earth... capitalism is your answer, not collectivism.

*This originally ran on the Washington Examiner Opinion Zone.
Posted by Christopher R Taylor at 7:31 AM