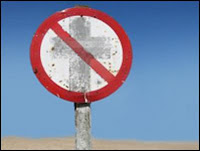 Being a Christian in the modern world is a bit of a strange experience. Even ten years ago people were more accepting of faith, and were less likely to be openly hostile to Christianity in public or around strangers. Increasingly, the world around Christians is more comfortable with mockery, spite, and contempt of Christianity and religion in general, which makes life unusual.

It isn't that Christians are mistreated, yet, but living in a supposedly open, tolerant, and multicultural society which teaches diversity as the highest virtue and having people be so blatantly intolerant toward your faith is interesting, to say the least. This probably would be a lot more difficult to face if the criticisms and mockery were a bit more informed. Most of the time its just ridiculous, the kind of complaints you would get from children.

Take this post on Ranker. Ranker is a site where people post lists about anything and Ivana Wynn posted her contribution: Top 20 Bible Passages To Use Against Fundamentalists. See, fundamentalists are those crazy Christians who take their religion so seriously they believe what their Bible says specifically and literally rather than picking and choosing what's true and what is just a suggestion or something someone probably added in later. Imagine that, a religious person that believes their religious texts.

In any case, her list is something that someone with a vague, passing familiarity with Christianity would come up with, the kind of thing a professor hostile toward Christianity would whip up and hand around to students who then nod wisely thinking they've unlocked the secrets of how Christians are all stupid.

I'm not going to run down and refute this list (commenters do a fair job and its old, old stuff long dealt with hundreds of times already by others) bit by bit, I'm just going to offer a suggestion. If you're the kind of atheist who thinks Christians are stupid and dangerous, perhaps you might want to consider a few things.

Through the years, some of the most brilliant, towering intellects in human history have been Christians, from Paul of Tarsus to Augustine to Aquinas, Calvin, Newton, and up through C.S. Lewis. These people were not idiots, nor were they trapped in their era, helpless to think things through as well as you. They studied and considered and argued and doubted and thought through the Bible and their faith on a level you and I are barely able to consider, let alone attempt. Your list of "ultimate challenges" from Professor n back in college would be child's play to handle for these guys.

The Christian Church has been in existence in its present form almost two thousand years, and unlike many religions, Christianity is characterized (and commanded in the Bible) to be one of thought, debate, analysis, study, and reconsideration. All those centuries, don't you think that maybe your little list was brought up? At least once?

Ultimately this kind of thing is a contemptuous slap in the face of your fellow man. It is in essence saying "you're so stupid you never considered this before, what an idiot you are for not knowing what I know and not reading the Bible you claim to know and love!" Just common courtesy would demand you give people at least some credit for not being a total knuckle dragging cretin.

Maybe it would serve you better to wonder why it is you find this kind of thing so compelling and exciting to you to use. Maybe you should ask why it is some people find attacking and belittling Christians so very rewarding, because that answer might be more worth considering than 20 ways to mock your fellow man's faith.
Posted by Christopher R Taylor at 9:38 AM

You have a point and it's well made

The problem is that most of the people who write, like, and pass around that type of list are still too juvenile to consider your point of view. Some, sadly, are adults who will never grow out of the juvenile phase but some are juveniles who hopefully, will.

I myself was once a militant atheist who came around after exposure to Chesterton and Lewis, so there is hope for them yet.

Increasingly, the world around Christians is more comfortable with mockery, spite, and contempt of Christianity and religion in general, which makes life unusual.

I wouldn't go so far to say contempt of "religion in general". US black churches, as you mentioned, are treated with a combination of National-Geographic-look-what-the-simple-natives are doing, plus an acknowledgement of the success the left had in planting their agenda in black churches.

Muslims get the same 'little brown people' pass, plus the awareness that they'll readily kill (or in the US, sue) those who mock their religion.

Christianity gets abused for the same reason the male, the Caucasian, the traditional family, or those in the military or big business do. They're viewed as a safe target because they are viewed to be (or used to be) the Establishment. It's a power thing.