The Empire State Building has 70 miles of pipe, 2,500,000 ft of electrical wire, and about 9,000 faucets. The entire building weighs about 370,000 tons. The exterior of the building was built using Indiana limestone panels.

The Empire State Building was largely empty for years due to the poor economic times, and did not make a profit on rents and the observation deck until 1950. It was built before OSHA, before most safety standards, before air transportation was much of an issue. These men wore gloves and boots but had no ear protection, no safety lines, just luck, courage, and skill. Here are a few old photos of the men at work, high above New York: 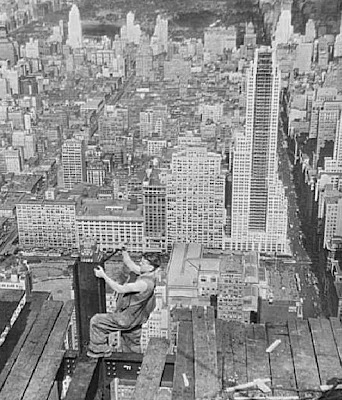 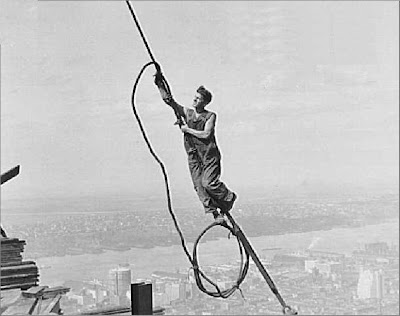 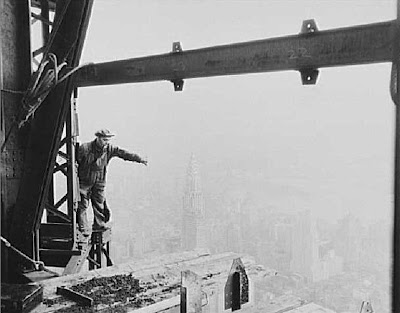 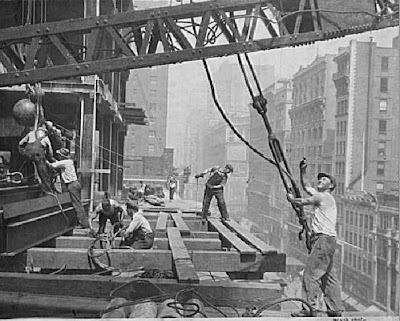 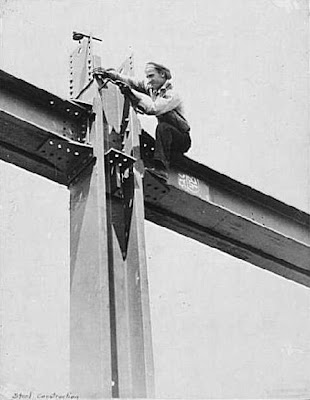 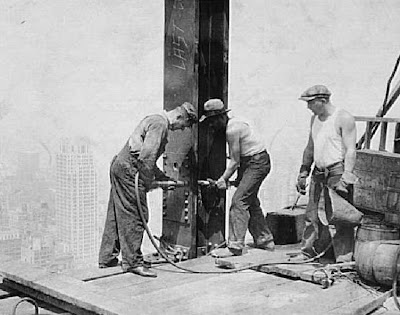 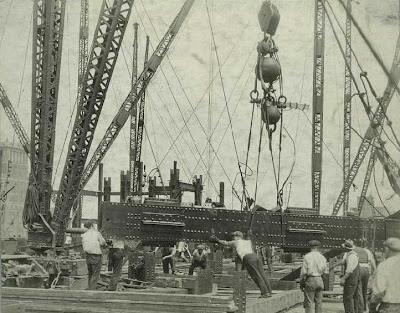 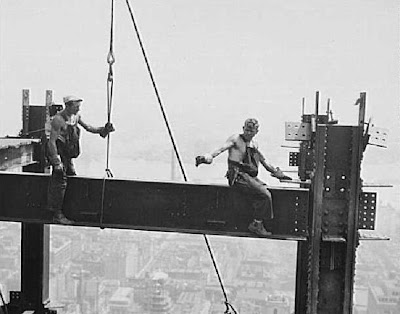 Those are some great pictures and an interesting story. I just wish I was able to actually care a little bit about the east coast. I just don't I don't care about New York really at all.

Amazing. And people wonder why we can't do great things today... because you can' build the Empire State Building on top of a trampoline, that's why!