In the past I've posted about how democracy is bringing peace and stability to the world, as world history shows clearly. The more democracy there is around the world, the fewer wars, the less poverty, and the greater prosperity people generally enjoy.

A recent study released in Foreign Affairs shows that the more Democracy there is, the better disaster response is in that country as well. In a tyranny, when disaster strikes, it generally finds the people unready and unaware, the response slow, and the aid limited. At the Volokh Conspiracy, Ilya Somin writes about this study:

The reason is not hard to figure out. If a natural disaster kills thousands of people, even the most ignorant voters are likely to notice and blame incumbent political leaders, whom they can punish at the next election. As a result, democratic leaders have incentives to try to reduce the death and destruction as much as they can, given other political constraints. Dictators don’t have any comparable electoral incentives.

While I think that's valid, I believe that contributes a very small portion to the full reason. It fits well with his larger point that voter ignorance or rarity contributes to lack of preparedness, but there's a lot more to the picture.

FEAR
Baron Montesquieu worked out long ago that the primary characteristic of any tyranny is fear; fear of the tyrant, fear of each other, fear of being singled out and discovered. Tyrants maintain power over enormous numbers of people through fear, because they could easily be deposed (as we're seeing in the middle east) if the people united and got tired of them. As long as a tyrant can convince enough people that they are powerless, cannot trust each other, and are alone in their frustration and desire for change, they can stay in power.

Napoleon perfected this system while in power. He used secret police and informants among the citizenry as well as incentives to inform on your friends, neighbors, and even family to isolate and separate dissidents. By this, the people are kept powerless. The drawback to this system is a mutual lack of trust, strong motivation to never stand out or lead, and a tendency to hide and stay inactive when disaster looms. Instead of banding together to build sandbag barriers, shore up a neighbor's house, create a cooperative plan for action, and share goods, people stay isolated and uncooperative.

CORRUPTION
The second primary characteristic of a tyranny is corruption. With a system of power so heavily weighted to the top, and fear so pervasive in a society, the subjects of a tyranny are less likely to attempt to counter corruption or report it for fear of what the one in power will do, and less able to, since the ones in power are generally unaccountable - or at least, ordinary subjects cannot find the one they are accountable to.

This means that any disaster preparedness and response plan will be eroded by misused resources, insufficient supplies, even items sold or used for personal consumption by the ones in power instead of stored up and ready for use. It also means that the primary question on the minds of those in charge is "how can I gain" rather than "how may I serve?"
INFORMATION 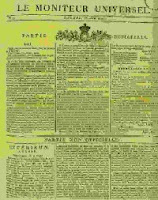 A third primary characteristic of tyranny is information control. The best way to keep people under control after fear is ignorance. By controlling news and information, tyrants prevent their subjects from being aware of any faults or flaws of the tyrant, shift blame for any woes the subjects experience to outside sources (the great US, etc), and keep them from being aware of any failures on the government's part.

Thus, when disaster strikes, the ability of others to help out is greatly limited not only by their inability to travel, but their unawareness of what has happened. The disaster is at first denied, then downplayed, then blamed on an enemy. After the Boxing Day Tsunami, American aid was refused until the words "USA" were taken off some of the supplies, and others were taken and repackaged so that it would appear to have come from the government, not outside sources. That delayed aid considerably, resulting in more deaths.

Fears of "contamination" from outside sources can delay aid as well, preventing workers from entering an area until they absolutely cannot be left out any longer, or have been carefully briefed on how to behave. Handlers have to be sent along to control the information and how locals view the aid workers. All of this delays and hinders aid even further.

GREED
Because tyrants are almost without exception driven by a belief in personal greatness and glory, that means they think of themselves and their image more than anyone else. They also tend to want to have the best stuff, believing they deserve it because they're in power and are so very wonderful to begin with. So what could have been spent on aid and disaster preparedness often ends up as a golden statue, a gulfstream jet, a new palace, or a new fleet of Rolls Royces.

When disaster strikes, what preparations have survived this corruption and greed is so minimal or weak as to be nearly worthless. Money that could have been spent on roads and airports to make aid and assistance attempts easier was spent on the dictator's new yacht. Money that could have been spent on an alert system bought a new multimedia full scale personal theater in all the dictator's palaces.

CONTROL
Being a dictator means you dictate, and that in turn means that you do not allow independence or even limited autonomy to anyone. Disaster tends to destroy communications and the usual patterns of control, disrupting the dictator's ability to tell everyone what they should do. In turn, that means that what could have been a useful plan for disaster cannot be implemented, because the bulk of the information and coordination was withheld from local forces and they are helpless to take action.

What's more, they are afraid to take independent action, even if they were inclined toward it or comfortable with the idea to begin with. That means no one knows or wants to do what has to be done, and after the disaster, things tend to stagnate as everyone hunkers down and thinks about themselves.

MARKET
Finally, it is ubiquitous in tyrannies that the market is neither free, nor thriving. Innovation is repressed as out of the tyrant's control and too independent. Corruption throttles the economy. Fear prevents companies from taking risks. The top-down need to control every aspect of the nation means they try to control the economy as well, even if they aren't out and out communists or socialists, and the result is a stagnant and weak economy.

Because of this, people have fewer resources to deal with disaster, fewer civilized amenities like sewers, hospitals, aid centers, and so on to respond to disaster, and harder treatment of the environment simply to get enough to survive, which can remove natural impediments to disaster, such as trees to prevent erosion. Poor people tend to take what they can get, so people build where they should not (mud flats on a tidal basin, huts on the side of a slide-prone hill, etc) and disasters are far worse then they might otherwise be in terms of loss of life.

In essence, disasters under a tyranny are inevitably, and innately worse than under a democracy simply because the very nature and system of a tyranny is designed to make matters worse. Whether the people can punish their rulers for doing a poor job or not is pretty far down the list as to why this takes place.
Posted by Christopher R Taylor at 9:30 AM