ANOTHER SORT OF GREED

"Capitol is the fruit of labor and could never have existed had labor not first existed."
-Abraham Lincoln 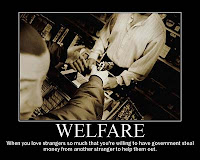 It was not Ronald Reagan who said "greed is good" but rather Oliver Stone, writing a speech for the character Gordon Gekko in his movie Wall Street. Ronald Reagan did not consider greed good, and neither does most anyone else. Greed is a vice, it is lust for money and the power it brings over all other things, and it is ultimately destructive.

In the 1980s, Ronald Reagan ushered in an era of unprecedented prosperity that, with a few stumbles, reached into the next decade despite the misadventures of politicians along the way. That era, however, is inevitably declared the "greed is good" decade, believing that it helped only the wealthy and rewarded greed while tramping upon the poor and needy.

Those of us who were poor in that decade know very well that is not the case, because as John F Kennedy famously noted, "a rising tide lifts all boats" and when the wealthy have more ready cash, they tend to spend it, thus providing jobs for the less wealthy.

However, that is not to say that there were no greedy people then or now. Some corporations plainly put greed and a short term profit ahead of wisdom and long term fiscal stability in their investments, resulting in a catastrophe for the banking and housing sectors in America. That these companies were greedy is something no one debates, and we're all suffering for it.

However, there is another kind of greed that is much less often recognized and never highlighted in popular media. You will never hear a leftist condemn this sort of greed, rather they will celebrate and support it. That is the greed of wanting other people's money.

This sort of greed is more subtle than the greed of the fat cat corporate type. It isn't visible in tailored suits and Gulfstream jets, this greed is hidden in the language of compassion. When someone calls for social justice so that the poor are cared for, they are whispering the other sort of greed. This sort of greed is the same kind of desire for money and power, but it is a desire for other peoples' money and power given to them.
If someone complains that it isn't fair that a rich person has so much money and they have to struggle to pay for college, what they are really saying is "they should give me what I want." When someone declares that only a cruel person would deny them a house they cannot pay for, they are showing greed; a greed that demands that they are given what they desire and have not worked for.

Its one thing to reluctantly and temporarily rely on the charity of others to get back on your feet and find your way again. It is another to demand the assistance of others because you want to have things without bothering to take the effort to earn them.

This "welfare greed" is worse than the fat cat's greed in several ways, even if it is on a more humble scale. The sort of greed that Gordon Gekko represented was what drives capitalism. Almost all humanity combines laziness with greed, demanding they get what they want without having to work hard for it; the "get rich quick" mentality that drives both lottery ticket purchases and misuse of investment laws to reap billions from trading dubious mortgages.

Capitalism is the only economic system on earth that recognizes this, and instead of trying to force it out of humanity, takes advantage of it. Capitalism channels greed to bring the greatest economic benefit to the greatest number of people, providing opportunity for everyone to climb up the ladder to wealth through their efforts and talent.

Instead of a driving ambition that produces value to others which is rewarded by services and payment, welfare greed simply demands the goods and wealth of others be transferred to them in the name of a mistaken sense of justice. Welfare greed does not produce, it demands, it does not provide opportunity for growth and betterment, it provides incentives to do nothing and complain more.

In the end, while corporate greed in the form of capitalism can be ugly and destructive if left unchecked by virtue and ethics, welfare greed is always ugly and destructive and is encouraged by the left though socialism and demanded by demonizing anyone who thinks differently or has achieved more.

It is ironic that often the very people who complain most about greed are the ones who themselves are displaying it the most, in a far worse form.

*The Washington Examiner Opinion Zone was afraid to post this, apparently.
Posted by Christopher R Taylor at 7:26 AM