THE VIRTUE OF VIOLENCE 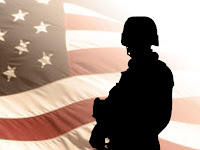 Not long ago, Frances Fox Piven (of the cloward-piven "overwhelm the system and turn it communist" theory in the 60s) called for the poor of America to rise up in Greek-style revolt. There's been a lot of discussion of this, particularly in attempts to deflect it into an attack on Glenn Beck for daring to notice, but one response took the discussion in a more interesting direction.

At the Cato institute, David Rittgers wrote about pacifism, academia, and the Piven call to violent and bloody revolt by considering one of Piven's defenders. Her name is Barbara Ehrenreich, and she wrote an article in the Los Angeles Times defending Piven as a Gandhi-like figure calling for non violent resistance. Of course that has nothing to do with what Piven said or likely wanted, but it was a valiant attempt that likely convinced no one.

However, Rittgers examined Ehrenreich's pacifism in terms of her attempt to define war and find ways to turn man away from this awful bloody fact of life.

Ehrenreich traces man’s capacity for conflict back to the time when he was not at the top of the food chain. Early man’s violent instinct grew out of necessity; the need to build primitive weapons and fight in groups to kill natural predators, primarily lions and other big cats.

A rallying instinct lies at the heart of a successful hunt. Members of a hunting party must be willing to lay down their lives for each other, facing a beast with speed and natural weapons that would overwhelm each man individually. The bond produced by this group experience surpasses anything that develops on the football field. Indeed, combat is the only place where the phenomenon exists today.

In Ehrenreich’s view, this rallying instinct made the move from a hunter-gatherer society possible, but it also facilitated conflict between tribes and nations. Tribes rallied around the skin of an impressive kill or a totem symbolizing their most-feared predator when in conflict over land and natural resources.

As we began to aggregate our self-interests into larger groups, the totem became a flag, and the rallying instinct became nationalism or patriotism. The political class, the villains in Ehrenreich’s telling of the tale, could then use patriotism to manipulate the masses toward war.

What's she missing here? What possible basis for violence and armed conflict has she failed to notice? I mean, apart from original sin which results in man tending to do evil toward each other.

Justice. The basic principle of justice is lacking in her examination. Now I don't know if this is an exhaustive summary of her case, but I suspect Rittgers didn't leave anything major out, as he is sympathetic toward Ms Ehrenreich. But part of the reason violence exists and wars happen is the basic principle of justice.
What I mean is this: sometimes, you have to use violence to stop injustice and end the wicked behavior of someone. Sometimes, non violence doens't work - often, perhaps. Sometimes there's no alternative to pulling the trigger or hitting someone, because it is the only way to end their wrong behavior.

I understand why this principle might be unthinkable (or, at least, unthought of) by Ms Ehrenreich, as she is a hard left academic. For such a person, there's usually the presumption that violence only happens when weak or stupid people are unable to find a more elegant or intellectual solution. They tend to believe that they're smart enough, learned enough, and persuasive enough that their words can end any misdeeds and reach the flintiest heart.

They're wrong. There are some, perhaps many people for whom logic, persuasion, and intelligence mean nothing. No argument by Daniel Pearl would have prevented his radical Muslim captors from slowly sawing his head off with a large knife. They didn't care what he said or how he said it, there were no magical phrases that would have stopped them. A mugger on the street won't break down crying like on Dr Phil about his childhood and stop stealing no matter what you say. Talk too much and they're more likely to hurt you.

It is this basic principle of overarching justice which properly motivates violence. Because violence properly used is a positive feature in a fallen world, not a flaw. The judicious use of violence to protect the weak and prevent evil is a virtue, something Ms Ehrenreich likely would consider ghastly to consider. Yet it is this which has driven the US in wars, from World War 2 to Desert Storm and invading Iraq, the principle was to stop evil protect the innocent, and to stand for justice and right.

Its easy, sitting in a comfortable seat in Berkeley, surrounded by like-thinking people, to believe that violence isn't just the failure of intellect and creativity, but the worst possible result. It is easy when in a comfortable, safe, and well-regulated society to imagine that violence is never necessary. Yet just around the corner lies a chaotic and dangerous world which can explode onto your safe, cozy one with terrifying suddenness no matter what your high-minded intellectualism requires.

All that stands between us and death or enslavement to evil men is the willingness of some rough men to do violence on our behalf. That's why cops carry guns, that's why prisons exist, and that's why we have militaries. Not because of a superabundance of testosterone, not because of an unevolved worldview, not because of a lack of intellectual capacity, but because there are very bad people in the world who we must, not merely desire to, but must stand against with whatever means are necessary and proper to prevent them from doing whatever they wish.

Violence isn't just useful, it is actually, when properly used, good.
Posted by Christopher R Taylor at 10:47 AM