"They have made their decision, now let them enforce it."
-Andrew Jackson 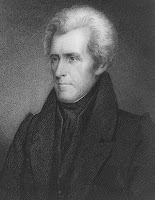 Recently the Obama administration was found in contempt by Judge Martin Feldman, a Reagan appointee. The judge ruled this after the Department of Interior continued to impose a ban on drilling in the Gulf of Mexico despite the federal court ruling that they had no constitutional power to do so. President Obama stubbornly ignored the court and has kept the ban in place.

Having been told that the Government Health Insurance Takeover Act is unconstitutional, the Obama administration is looking at ignoring that ruling too, and going on with implementing the bill while it moves to the Supreme Court.

Rush Limbaugh declares this evidence of the Obama administration being lawless, along with many others on the right. I understand what they're arguing but I don't agree with, completely at least. There's a constitutional principle at stake here, one conservatives usually support.

Each branch of the US federal government is equally powerful and acts as a check on the others. Each one has its own area of sovereignty which cannot be legally overstepped, and has no legal power at all over the others. The judicial branch cannot enforce its decisions and that's on purpose, to make sure they stay within their boundaries. Courts can rule, but cannot make people obey their rulings. Andrew Jackson famously ignored the courts because he didn't agree with what they determined.

President Obama likely believes he's doing the right thing by shutting down drilling. He is of the opinion that oil should be more expensive, used less, and drilling is an environmental disaster, he's made that abundantly clear in the past. So by ignoring the court, he's in contempt, but doing his job as he sees it as president. The same thing goes for the health insurance bill; President Obama probably believes he's checking the power of the courts by ignoring their ruling.

I disagree with these decisions, but I can't disagree with the basic principle and at this point the courts are long, long, long overdue for a check in their power. The founding fathers, seeing that courts were powerless to enforce their decisions, considered them the least powerful branch of the federal government. Unfortunately, since both other branches of government cower and cringe before the courts, obeying their every ruling with slavish devotion, courts have become the most powerful branch. Any defiance of this is a proper swing in the pendulum.

So while I agree that technically the Obama administration is acting in a sort of lawless manner by defying the courts, its properly not lawless; its basic constitutionality. I just wish he'd not picked these particular topics to take a stand on, since he's mistaken about them.
Posted by Christopher R Taylor at 10:29 AM

I have to disagree with this. The courts are quite possibly too powerful, since in the current state of affairs theirs is the final authority on constitutionality, but the correct check is not to allow the executive or legislative branches to ignore them. If you do that, then the courts simply become absolutely powerless--and since their power is essentially a negative one (they can strike down legislation, but cannot create their own) they will tend to exercise their power in defense of liberty more than the positively-empowered congress or administration.

What I'd like to see is another judicial body higher than the Supreme Court that is made up of the states... say the Chief Justice of each state Supreme Court. They would rarely be used, say only if a 2/3 majority agreed to take a case, but their decisions would supercede the Supreme Court.

The problem with relying on the SC as a check against federal tyranny is that the Supreme Court is PART of the federal government. In any case where the debate revolves around federal power vs. state power, the SC has a conflict of interest. That's not to say they won't often still vote based on an impartial consideration of the facts, but just the same, there will eventually come a time when this does not happen, and there should be another check and balance against them in this case.

The first instance of contempt does not rise to the level of the second. See my response to your post here:
http://americanmoxie.us/2011/02/07/checks-balances-and-contempt/