"Ethanol doesn't burn cleaner than gasoline, nor is it cheaper. Our current ethanol production represents only 3.5 percent of our gasoline consumption -- yet it consumes twenty percent of the entire U.S. corn crop, causing the price of corn to double in the last two years and raising the threat of hunger in the Third World."
-Jeff Goodell, Rolling Stone Magazine 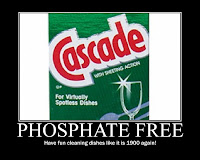 I have lived in Oregon all but six years of my life. Growing up in Oregon during the 1970s was a period when ecology was all the rage, and there was a strong push to clean up pollution and care more for the environment. Governor Tom McCall pushed the "Keep Oregon Green" campaign and we were taught in school to pick up trash and care for the world around us. On television, faux American Indian Iron Eyes Cody cried and begged people to Keep America Beautiful.

It all worked pretty well; I pick up trash when I see it, I return cans and bottles, and Oregon has less trash and junk on the roadsides and in camps than any place I've been across America. We grew up wanting to keep our home beautiful and to fight pollution. The modern green campaign is a bit different, though. Having won the battle to fight pollution and clean up our lakes and rivers, Greens want more. It isn't enough to have cleaner air and more environmentally conscious citizens, they want to change policy, economics, and world government.

Unfortunately, most of their new ideas don't work. Consider the push for compact fluorescent bulbs, which contain mercury vapor and have to be disposed of in a very expensive and special manner to prevent them from poisoning the ground. The response has been to move toward LEDs which provide considerably better light for even less energy, but they have problems too:

Their findings? Low-intensity red lights contained up to eight times the amount of lead allowed under California law, but in general, high-intensity, brighter bulbs had more contaminants than lower ones. White bulbs had the least lead, but contained high amounts of nickel.

"We find the low-intensity red LEDs exhibit significant cancer and noncancer potentials due to the high content of arsenic and lead," the team wrote in the January 2011 issue of Environmental Science & Technology.

The failures continue. Representative Nancy Pelosi, when she became speaker of the House in 2006, pushed for recyclable, renewable flatware in the House cafeteria. The big solution to that wasteful washing and the soap that gets into the sewers was to use compostable flatware made from cornstarch. The result was tableware which was too soft and flexible to pierce salad and ultimately was no savings at all:

It turns out that the composting program not only cost the House an estimated $475,000 a year (according to the House inspector general) but actually increased energy consumption in the form of "additional energy for the pulping process and the increased hauling distance to the composting facility," according to a news release from Lungren.

As far as carbon emissions were concerned, Lungren concluded that the reduction was the "nominal ... equivalent to removing one car from the road each year." He plans to switch the House to an alternate waste-management system recommended by the Architect of the Capitol, in which dining-service trash would be incinerated and the heat energy captured.

Those darn Inspector Generals, they keep getting in the way of good intentions by revealing painful facts. Then there's the new dish soap. Have you noticed that your dishwasher doesn't seem to be doing the job it used to? A lot of people have:

It so happens that in the last six months, a lot of people have suddenly discovered their dishwashers don’t work as well as they used to. The problem, though, isn’t the dishwashers. It’s the soap. Last July, acceding to pressure from environmentalists, America’s dishwasher detergent manufacturers decided to change their formulas. And the new detergents stink.

The new "Green" soap doesn't work nearly as well as the old kind. But their heart is in the right place. How did this happen? One state banned phosphates in their detergents (Washington State) and because its more expensive to create and ship special product to only one state than to just change them all, we all suffer.

So because of greens we have anemic shower heads, dim, expensive, poisonous lights, dirty dishes, and toilets that you have to flush several times. Its all for our own good, you see. And when you factor in the increase in food costs and shortages because of the failed, mistaken bio fuels subsidies, well life is changing a great deal for the worse because of a small, loud group of people crying wolf.

*This was originally posted at the Washington Examiner Opinion Zone.
Posted by Christopher R Taylor at 8:25 AM