"At a moment she is going to become a martyr and glorified we should remember she is a major warmonger."
-Nir Rosen
Lara Logan, CBS reporter, was attacked by a large crowd of men in Cairo. The men were beaten and Logan was raped repeatedly by various men. This is ghastly news and I feel very badly for this woman and hope that through the grace of God she can heal and move on. I hope that the justice of God catches up to these men sooner than later.

Some reactions to this have been ghastly, such as Nir Rosen at NYU, who disliked Logan for daring to report positively on any military issues and sneered about the publicity she'll be getting out of this. Some on the right, so hostile at any left leaning reporter, didn't care to show any sympathy for the stricken woman. Others pointed to her seduction of married men while in Baghdad, claiming she was some kind of slut so who cares? All of that is not just reprehensible, but immoral. Regardless of someone's past personal life or policy disagreements, they don't deserve this, they deserve sympathy and support.

However, there's an aspect of this I want to comment on. As soon as I read this story I couldn't help but think about her bosses. This is what Lara Logan looks like: 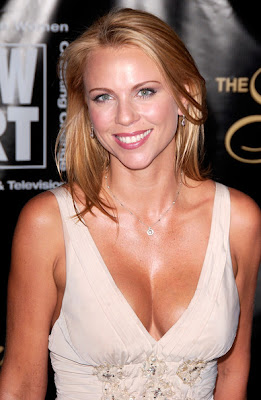 She was a swimsuit model before she became a reporter. She looks as beautiful and glamorous as possible, as most TV reporters do. They are hired in no small part based on how they look on camera. CBS sent her into this area, a rioting city filled with angry people, many of who are radical Muslims, looking like that. There was no law, and there were gangs of roaming men in the streets looking for trouble. Already at least one reporter had been beaten for just being there.

Now, Muslims in this region are told that women must cover themselves up around men because they are so overpowering in their sexual attraction that men are helpless. When a woman is raped, sometimes she gets whipped or put to death for being such a whore that the poor man couldn't help himself. These men are trained from youth that women are impossible to resist and must be kept separate from men for the men's protection.

So CBS sent this beautiful woman into this situation. On purpose. This is like sending a sheep to go investigate the pack of wolves in a valley to find out why they're swarming there. Didn't it occur to anyone at CBS that this might be a bad idea? Is the idea of grrrl power and women being so equal to men that they're actually superior just blind them to the fact that women are physically weaker than men and that she was in danger?

I understand that part of the job in foreign assignments is a certain amount of danger but this was irresponsible at best on the part of CBS. It wasn't just possible but inevitable that this was going to happen. That it hadn't happened before amazes me - or perhaps it has, but its been kept quiet. In any case, the men who did this are the most to blame, and I hope they pay, soon. But CBS has to take some responsibility. I'd like to think this will make them reconsider some of the assignments they give women but I doubt it. They fear lawsuits and accusations of sexism more than potential danger to the women they hire.

After all, they have to face their peers over drinks later.
Posted by Christopher R Taylor at 10:08 AM