"As an Arab it makes me cringe to look at these photos"
I haven't written about Egypt yet, mostly because there's not much to say other than fear for the future of the nation and concern for the safety of the people living there, particularly Coptic Christians who were already under attack and continuous persecution not just from Muslims on the streets but the police force.

There was a time when Egypt was one of the more western and modern countries in the middle east, but those days are sliding away as it too is taken over by Muslim radicals. Phyllis Chesler has an informative photo essay on her site that you may have seen, but if you haven't here's a peek. 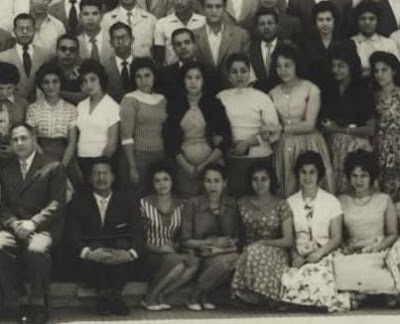 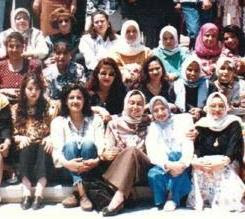 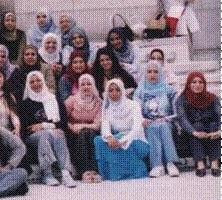 Now, Ms Chesler frames this in terms of eroding women's rights, but I don't really see it in those terms. The Taliban show what radical Muslims think of women attending any education at all, especially with young men. They beat and kill them. That there are women at all at Cairo University means they have rights unheard of in really oppressive Islamic dictatorships. If women are to be free, they must be free to dress as they wish, which may include wearing a Hijab (the head scarf). Its not like there aren't women who might want to do that.

However, what it does show the steady progression over the years of Islam becoming dominant in what was previously a largely secular culture. It also shows the steady advancement of more repressive Islam, because where women previously might have been Muslim, they didn't feel as though they had to cover themselves up in public by order of an Imam or fear of men's uncontrollable sexual urges.

And that's what concerns me most. A nation which is controlled and dominated by Islam cannot have true democracy and liberty. And they almost always move one direction: more and more restrictive and repressive. I do not see this rebellion in Egypt ending well.

*UPDATE: Byron York has a great article up with data from polls in Egypt. Its hard to know if the polling is accurate or not but it is confusing, like this bit:

There's more. When asked whether suicide bombing can ever be justified, 54 percent said yes (although most believe such occasions are "rare.") Eighty-two percent supported stoning for those who commit adultery.

And yet at the same time, says Richard Wike, associate director of Pew's Global Attitudes Project, "We found support for some specific features of democracy -- free media, civil liberties, an independent judiciary." Indeed, 80 percent of Egyptians place a high value on free speech, 88 percent on an impartial judiciary and 75 percent on "media free from government censorship."

There seems to be some confusion, or at least conflict in people's minds in Egypt if this data is accurate. They want liberty and democracy... but Islamic control. Its as if what they want and what they have been taught to repeat and believe are two, opposing things.

For more thoughts on this dichotomy and the way so many in the middle east seem to follow leaders without thinking, read my essay Intelligence and Hue.
Posted by Christopher R Taylor at 9:18 AM

"Its as if what they want and what they have been taught to repeat and believe are two, opposing things."

Which, based upon years of experience, and supported by various writings over the years, is the unique feature of the Arab mind.

I guess the question here is this:

Is this the result of over a thousand years of indoctrination by Islam, or did Islam merely take advantage of an Arabic trait?

I tend to think its the former.