THE METHOD OR THE MAN

"Gleemonex makes it feel like it seventy-two degrees in your head... all... the... time!" 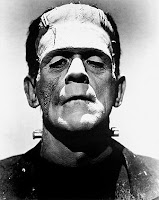 Something is rotten in the state of science. Scientific research is supposed to follow a pretty simple, dispassionate system called the "scientific method." In essence, the scientific method is a method of investigation involving observation and theory to test scientific hypotheses; a system by which scientists use step by step careful and demonstrable processes which produce reproducible results and can be tested by others. These results are then considered reliable but still open to examination by others.

At Harvard they define the scientific method this way:

The set of rules used to guide science, based on the idea that scientific "laws" be continuously tested, and replaced if found inadequate.

Science is about investigation, study, and learning; nothing is ever completely settled because the idea is that there's always more to learn. Even trustworthy, established laws such as Newton's three laws of physics are reexamined and sometimes added to or clarified as more is learned.

Unfortunately as time has gone on, more and more things have been declared off limits and settled, never to be questioned, only supported and enhanced. Climate Change is one, but there are others such as Evolution. Recently Jonah Lehrer in Esquire looked at recent science and found an unfortunate pattern: they keep being wrong or overstated. He starts with an examination of antidepressants, noting that as more testing is done it is being discovered that the new generation such as Prozac and Zyprexa appear to be no more effective than old drugs used in the 50's.

For many scientists, the effect is especially troubling because of what it exposes about the scientific process. If replication is what separates the rigor of science from the squishiness of pseudoscience, where do we put all these rigorously validated findings that can no longer be proved? Which results should we believe?

In several different examples, Johnah Lehrer notes that initial studies show one result, but later continued studies demonstrate diminishing success and less consistent results. Lehrer puts into question the scientific method himself, but I have a different approach. I think the scientists are the problem, or rather the business of science and reporting.

In 2005,John P. A. Ioannidis wrote an article entitled "Why Most Published Research Findings Are False" in the Public Library of Science's online journal. His thesis was that the larger the body of study, the greater chance they will get it right; if you can only study one person on earth, then you're much more likely to come up with false results than if you study ten thousand. He also notes that studies are more likely to end up false "where there is greater flexibility in designs, definitions, outcomes, and analytical modes; when there is greater financial and other interest and prejudice"

In other words, the less rigorous and careful you are in method and the more likely you are to benefit either ideologically or monetarily from certain results, the more likely it is your studies will end up being flawed. He claims that "It can be proven that most claimed research findings are false." Which is an astounding statement, but it makes more sense out of Jonah Lehrer's concerns than to suggest the scientific method its self is in error.
Certainly its more attractive to think that the method is in error when it gets in the way of what you wish to be true, or when it keeps being a painful reminder of absolutes in a world that wants everything to be relativistic. H2O really is water, no matter how many times you test it, and no amount of wishing that away will change it. You can believe that there is no absolute truth and that all things are relative to one's "narrative" and culture all you want but that won't make water any less absolutely H2O

Dr Roy Spencer referenced the Ioannidis paper in his recent blog entry on climate change, noting that not only are we very largely ignorant about global climate, but that there's just one planet to study (small study field), there's tremendous money in presenting studies that support alarmist theories, and there is no small amount of personal bias among some scientists (leading the alarmist charge) to demonstrate that we have to embrace global socialism. All that leads to ever-increasing likelihood that the final studies end up flawed, or "false."

Science is more driven by the funding it can garner and the public acclaim it receives than the quality of work than ever before. The satiric movie Brain Candy by Kids in the Hall examines exactly how this works. The company rushes a drug out before its ready, turning the developer into a rock star in front of the cameras because he's come up with the best anti-depressant ever. The fact that it eventually turns the people who take it catatonic, reliving the best moment of their life over and over, is not found out until too late.

There's no denying that the amount of money shoveled by the truckload at scientists studying about how bad global warming is and how we're all to blame is immensely larger than that to question the theory. Spencer notes this problem:

...what DOES exist is a large organization that has a virtual monopoly on global warming research in the U.S., and that has a vested interest in AGW theory being true: the U.S. Government. The idea that government-funded climate research is unbiased is laughable. The push for ever increasing levels of government regulation and legislation, the desire of government managers to grow their programs, the dependence of congressional funding of a problem on the existence of a “problem” to begin with, and the U.N.’s desire to find reasons to move toward global governance, all lead to inherent bias in climate research.

If climate change alarmism ends up being a hoax, all that money stops. Its not like cancer research which wanes and grows based on popular appeal and events, if people find out all this hysteria was based on lies, that money all goes away (and so does their popular appeal, celebrity status, and respect).

There's tremendous pressure to keep that money flowing and that status in place, because its all based on a stack of cards. They don't just find out "well our theory was mistaken" and go on with climate research, they lose everything. Add to that the years of momentum which make it harder and harder to give up on a pet theory and the not insignificant amount of personal worth involved in believing a political theory that this effort supports, and people will fight very hard and viciously to protect their research - to the point of falsifying data, destroying source materials, attacking colleagues and trying to destroy their careers, and breaking the law to keep research away from people who might poke holes in it.

Since reporters know next to nothing about science and tend heavily to the left themselves, they are more than willing to report favorably upon a story that is told them by what seems to be respected, well-trained people doing inscrutable, but professional-seeming work which just happens to support their political positions. And, interested in selling a story more than writing the truth, well sometimes what they report isn't exactly what the scientist said. After all, what reads and sells better:
or
The latter will win out every time, especially when the solution can be sold as the same old tired leftist cant that has always been trotted out as the solution to every problem in human existence: more powerful central government and greater taxation on the wealthy.

Add to that a public which views science as the highest level of human understanding, raised to believe the world merely exists in what we can sense and measure, and you have a people willing to believe anything a scientist tells them, through reporters who often distort what the scientists say. From scientists who may not exactly be doing their job properly in order to get the results they want.

And that's just the most obvious, egregious example. There are many billions of dollars a year in the anti-depressant drug industry, and it has become a quick, easy way for doctors to "solve" all sorts of medical problems that are too difficult for them to figure out: here take this pill and you'll feel happier. Its Brave New World's Soma for the real world, and finding out its not really all that terribly effective doesn't make anyone happy.

How many other areas are affected like this? I hate to point this out, again, but Evolutionary theory falls in the same category. Its not just unfalsifiable, its not just something otherwise good scientists manipulate their data to find ways to get it to fit, but its something that so many people for so long have so much invested in that they simply cannot give it up at this point, no matter what is discovered or realized.

When we turn scientists and their research into celebrities and pay them billions to study something we know little about with too small a research field, the results are going to be almost predictably poor. So it happens again and again. The method is fine, the failure to follow that method is what's causing the problems, and those problems are exacerbated by poor reporting and a generally credulous public.
Posted by Christopher R Taylor at 10:55 AM