"Above all, our responsibility is to adhere to the Constitution" 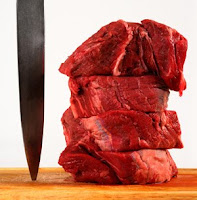 "The leftist attacks on the Christian faith continue," quips Gateway Pundit. Jim Hoft is referring to the decision by the Hawaii State Legislature to end their practice of starting each new session with an invocation or prayer.

What happened is this: The Hawaii chapter of the American Civil Liberties Union (ACLU) like all the rest of its chapters, has long had a problem with the policy of every legislature at the state and federal level in the United States following this practice. Its been done since even before the constitution was written, with the continental congress having a prayer before starting sessions even before the American Revolution.

The Hawaii State Legislature agreed, disagreeing with the recommendation of a committee to use nonsectarian invocations that avoided specific religions. Now, obviously that doesn't mean the state banned prayer everywhere, or that individual legislators (or even small groups) cannot pray if they choose to. This decision just eliminates one of the rituals of each new starting session, changing a rule of the legislature its self rather than passing a law. Future legislatures can reverse this if they wish, but aren't likely to.

Now, some are very upset about this particular change, decrying the removal of faith and consider it an ethical downslide. I think the loss of absolute ethical principles and adherence to them happened some time ago and the prayer was like a band aid on a patient dying of AIDS. Its insulting to the patient and does them no good. Further, most if not all of these opening invocations are so vaguely spiritual and lacking in specific religious concepts that they aren't of any particular faith value to begin with. Most legislatures mix in some alternate religion once in a while (such as a prayer by a Buddhist or a Muslim or a local Native American tribe) and aren't Christian at all, which is the concern of many people critical of this decision.

It was the concern of the ACLU. They specifically mentioned that saying the words "Jesus Christ" violated the 1st amendment. The other prayers that are done were ignored, apparently they don't matter. It doesn't establish a religion to have a Mayan priestess pray for the Jaguar Goddess Ixchel, only to say Jesus. My problem is with this attitude, not the lack of prayer. They're singling out Christianity, not trying to protect the people of Hawaii from violations of the US Constitution.

So although having a prayer to start out a legislative session in no way establishes any state religion (the founding fathers insisted on having the prayer, and they wrote the 1st amendment), I don't really care if they start with one or not. It means even less to them than their vow to defend and uphold the constitution, its just a ritual which has lost all meaning.

See, the purpose of the prayers was originally to remind the legislators that although they wield great temporal power, they are still servants of ultimate power. It was to remind them that they are responsible to obey the laws and principles of a greater One than themselves, and to keep their faith in mind while working on the laws of men. It simply does not do that any longer, except for a few scattered individuals. So why keep doing it?
Posted by Christopher R Taylor at 8:52 AM