This is an expanded form of a post originally on Right Network. 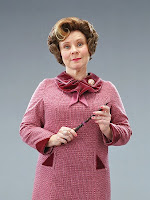 One of the most repeated complaints against social conservatism is that you "cannot legislate morality." What is meant by this is that you cannot make people better through law, and people who try are not simply mistaken, but actually tyrannical by trying to force their ethical ideology down everyone else's throats.

It is a fact that you can legislate morality in one sense; almost all laws are based on moral principles and ethical guidelines. Its wrong to murder people, thus it is made illegal. So it is what and how far you go with legislating morality and your goal that is the issue here, not merely making laws based on moral concepts.

The problems start when you begin making laws which cross the line between basic proper government and excessive loss of liberty. All laws reduce liberty, but that's an acceptable exchange for greater safety and order in society... up to a certain point. The principle of the Social Contract is simple: I give up a little of my liberty to gain a great deal of other benefits and as a society we build a better place to live for ourselves and our loved ones.

That loss of liberty must be kept as minimal as possible or those in government will continually seize more and more of your liberty for their own power, usually for your own good. Usually this is portrayed as for the social benefit, few portray their efforts to gain power as mere lust for power.

We're told this is what social conservatives want to do; ram Judeo-Christian ethics through the system and force everyone to live like a 1950's sitcom family. No drinking, no dancing, no fun.

The interesting thing, though, is that if you look at the actual record of what has been done in the past, it is actually the left which has tried to legislate morality, not the right. Consider.

In the 1970s, the left insisted that it was immoral to expect women to carry a child to birth when she didn't want to. So Roe v Wade forced legalized abortion on every state in the union. And that's just one example of what the left has done to enforce their moral vision on the rest of the nation.

Homosexual "marriage" is another such example, with left-leaning judges requiring that this be the law of various states over the will of the actual voters in most cases. In Oregon and California, leftist city and county official simply declared these unions legal without legal authority or popular support. Why? Because it was considered immoral to not allow homosexuals to marry by these people, so they used their positions of power to implement policy.

The examples go on. Leftist moral making has resulted in scores of laws and policies forced on the entire nation, such as low flow shower heads, the banning of incandescent bulbs, low capacity washing machines, nutritional information required at all restaurants (including the minimum size of the font!), bans on smoking in public places, and more. 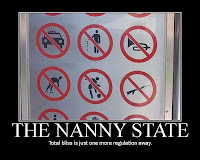 These are all presented as moral imperatives, requirements we all must follow because it would be wrong not to do so. You're killing the planet, its a civil right, think of the children! All kids must wear bicycle helmets because its wrong to let children be hurt. All drivers must wear seat belts because it is wrong for us to be hurt in accidents. All cars must have a certain mileage per gallon because it is wrong to use that much fuel.

To be sure, there have been times in days past when the social conservative has given us such laws. The blue laws of New England's puritan past were such examples, with rules against various activity on Sundays. The prohibition of the early 20th century was another such example, with religious and morality groups demanding that the evil of demon rum be banned by law. Almost a hundred years later, the specter of those rules haunts the nation still, and although these examples are very old, they still are used to frighten and concern voters: here's what those crazy social conservatives did last time. Almost a hundred years ago.

If those social conservatives get power, we're told, you'll not be allowed to have any fun any more! Except... how much fun are you allowed today, in modern bubble-wrapped, nanny state America? In New York City, the mayor is ignoring a huge bedbug infestation over the terrors of salt and saturated fats. One threat is tangible and annoying, the other perceived and mothering. The left again, given power, is trying to force its morality on you.

Libertarians differ from conservatives on where the problems start in limiting freedom of expression and behavior. For the classic libertarian, anything you do which does not have an immediate and easily demonstrated harm to another person should be permitted, no matter what. Drugs may be destructive to yourself and through that damage productivity and increase costs to society, but that's a type of harm that's eventual and more difficult to demonstrate. Prostitution is very destructive to families, ghastly to the women, and basically unethical, but again, not an immediate and easily demonstrable harm to others.

Not all libertarians hold to that extreme a position, but most will tend toward that kind of idea, with the principle being this: the more liberty we hold as individuals, the better off we are as a society, and the less government is likely to encroach incrementally on our freedom. The Founding Fathers tended toward this principle, which is where we got the "better 100 criminals go free than 1 innocent man be imprisoned" concept.

President Friedman in his comment on my post here directing people to the Right Network mentioned that most people seem to define the limits of "legislating morality" as "attempts to remove or deny choices from peoples lives," which I think is a fair statement. Yet even by that definition it is the left which is doing it far more than the right these days. Can't smoke, can't eat fatty foods, can't drive without seatbelts or using a cell phone, can't ride a bike without a helmet, on and on.

It is the right which is always portrayed as the boogeyman in this sort of argument, for daring to want to stop people from doing certain things: marry another dude, kill a baby, etc. The problem here is that legislating morality isn't about limiting choices, its about imposing your moral code on others by law (and ultimately the barrel of a gun). Whether that limits or increases choices, it is legislating what you believe others ought to do based on your moral code.

Making all states require abortions be legal expands the number of choices we have as a people, but that's imposing your moral code by law. Violating the concept of marriage to allow two women to marry each other expands the number of choices, but again; based on your moral code. Each time this happens, it affects other people negatively either by the death of an unborn infant in the case of abortion or the violation of basic concept of marriage and ethical codes in the case of homosexual "marriage." Merely expanding choices does not necessarily make for more liberty; after a certain point it inevitably reduces liberty by harming others.

Consider this, then, the next time someone's shrill, prudish cry warns you against the dangers of social conservatives. Who's actually cutting back on your fun and your freedom, is it the guy with the Bible or the guy with the Che Guevara tee shirt?
Posted by Christopher R Taylor at 8:50 AM