"Those that cannot scale will fail." 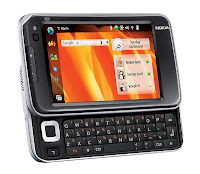 Apple products get a lot of free publicity in movies and TV, they are met with rabid, nearly insane lust by many fans, and they are given a great deal of press where other similar products are not, but they aren't very big sellers in a lot of markets.

Macintosh, for example, surged recently up to... almost 11% of the computer market, while PCs have 90%. However, the Ipod has been a consistently big seller, at around 70% of the MP3 player market despite its huge price and limited features (no radio, for instance).

I Phones have been very popular, and the operating system (OS) which controls the Apple phones has been the most popular for phones. However, over time their share has been dropping as well. Kerry Crowley writes for StatCounter:

Meanwhile the powerful and versitile Droid OS has exploded onto the market, with just over 24% of the market and growing.

Meanwhile, Nokia has a new phone coming out, and Nokia has long been an industry leader. Apple has long gotten by primarily being cool rather than being better, and with the new Droid ad campaign and the features it has, Apple is being beat at their own game by a product which in some ways is superior.

Maybe this pressure from Droid and Nokia will force Apple to work on the quality and features of their products more than how cool they are in ads, and maybe the price as well. Apple's business model has been to have a smaller market share but to make it up with a higher price which only works as long as you can fool people into thinking they're somehow better for having the product.

Meanwhile, Windows phone has launched a clever ad campaign and some say its a superior phone overall compared to any of the other phones. I think the days of one really dominant smartphone are over.
Posted by Christopher R Taylor at 9:52 AM

I've got to admit the iPhone (only apple product I've ever owned) is pretty damn well put together. My dad has a Droid X and I've played around with it quite a bit and I think the iPhone is a better designed product, both hardware and software, at least for what I use it for. In the year or so that we've had iPhones, apple has addressed most of my complaints (a flash for the camera, ability to multitask, the ability to use my Rhapsody account for music instead of iTunes). The only feature I like about the Droid that is missing on the iPhone is the ability to tether other devices and act as a wireless "hotspot" for them.

With that said, I hate the smug apple culture almost as much as I hate the pig-headed reaction to it. All these devices, from the Blackberry to the iPhone to the Droid, are incredibly advanced technologies that were the realm of imaginative sci-fi when I was a kid. I'm impressed with them all. I just think the iPhone, and its robust ap store, best fit my wants and needs in such a device.

I use it for work. I use it for email. I use it for websurfing. I can read books on there, and have a few hundred lbs worth of paper books, mostly the classics, that travel in my pocket with me wherever I go. I can work sudoku puzzles when I'm waiting in line at the post office. It's a GPS, which often comes in handy. My wife uses hers to scan barcodes off books and automatically list them on amazon for her bookstore business. I use it as a level device for hanging pictures on the wall or for home construction projects. My daughter learned her multiplication tables on mine, and is currenlty using it to learn both sign language and equine anatomy. We use it to keep track of when her horse needs shots and ferrier appointments. I haven't forgotten to call anyone on their birthday in a long time. When playing music I use it as a guitar tuner, and a chord finder. I use the voice recorder to store song lyrics I come up w/ while driving down the road. I read old comic books on it. It has an astronomy ap that helps us find constellations and planets when we are out stargazing. When my wife asked me to buy a new ceiling fan for our living room, I went to the hardware store and texted her pictures of 5 different fans and she let me know which one she liked best. If she wants me to stop on my way home from work and get ingredients for a new dinner recipe she wants to try out, she just takes a picture of the recipe and texts it to me.

And I'm sure there are a hundred things I use it for that I'm forgetting, and I'm sure you can do pretty much all of that with just about any of the good smartphone devices on the market.

Which means, while it may be fun to argue about which one is best, it's also entirely too easy to foget to be completely amazed at just how freaking useful they ALL can be. In the face of that, being snooty about your personal tech is just kind of dumb.

Lacking a cell phone I'm just baffled by the way so many people think they need one, as in "as much as I need the air I breathe" need. Still, you're right, they are all astounding gadgets and I'm curious to see where they go next.

Cell phones have gone from a mobile telephone to gobbling up and absorbing every gadget around them like the Borg. All those little gadgets people used to buy even 5 years ago cell phones do now.

Yes, as useful as mine is, it is still just a convenience (albeit a useful enough one that I'm willing to pay a pretty penny for it).

The biggest and best thing it does for me (and probably most business users would say this about their smartphone) is set me free from being chained to my desk, or my office, all day every day.

Aside from that, 90% (ok, maybe 80%) of the other useful functions can be rendered redundant by a pen, a pad of paper, a calendar, a road atlas, and a land line.