"Why do you people hate those who are different" 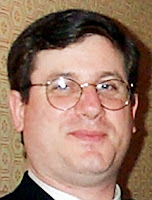 Most blog readers know by now that a Huffington Post contributor and leftist professor at Columbia University was revealed to have been engaging in an incestuous relationship with his own daughter since she was 21 years old. Prosecutors described it as a "a sick sex relationship" and the man was charged with incest and arrested. The New York Daily Post gives this bio:

Epstein, who specializes in American politics and voting rights, has taught at Harvard and Stanford and often is quoted by news organizations.

In other words he's one of those go-to leftist lawyer guys that the media loves to quote. OK so most people go "eww" at the very least when they hear about incest, if not become angry. The image of a dad going after his daughter sexually is something that tends to enrage me, even if in this case it happens to be consensual and she's an adult.

At least, that's what we're told when its two guys or two girls. And while incest creates an almost immediate visceral gut reaction of disgust and rejection in most people so does homosexuality and until a few years ago it was still illegal to engage in homosexual activity in some places.

I wasn't the only one to think about that comparison in this context. Commenters at Ace of Spades HQ where I first saw the story waxed satirical:

And why shouldn't men & daughters be allowed to marry? Answer me that!
-Coolczech


Reichwing bible thumpers! In fact, this would make the institution of marriage stronger!!!
-Your Average Kos Kid


They should be allowed to marry, right? Or are you all a bunch of incestophobes?
-Lincolnf


If it was his son could they get married, then?
-Garrett


I thought we couldn't judge people based on this kind of stuff. I thought we were supposed to keep the government out of bedrooms.
-Bevel Lamelisk


I am moving to Venezuela and not coming back until fathers and daughters are afforded the same protections of marriage as heterosexual couples.
-Sean Penn

For the left, the overwhelming ethical and legal principle is volenti non fit injuria, which is Latin for "to one who is willing, no harm is done." Do incest laws fit this principle?

What's that you say? Incest laws were to protect children? Well she's 24 and a doctor. Oh wait, you say it was to prevent genetic damage to offspring? So if its two family members of the same gender or one of them cannot have children, then its okay?

What if maybe incest is wrong because not only is it a fundamental betrayal and horrific violation of the family covenant, but it is a clear ethical violation of an absolute, objective standard of right and wrong? Its just wrong.

The problem is, if you accept that as your standard, if you take traditional concepts, basic principles of societal behavior and an absolute standard for ethical and legal behavior, then you have to extend that to other areas.

And this is where the argument of volenti non fit injuria leads, inevitably. If you cannot point to specific, tangible, and easily proven violence or harm to someone, then you must permit every conceivable behavior. It doesn't start out that way, but it ends up that way, eventually, if followed throught. Incrementally behavior which is societally and spiritually damaging is accepted and protected, with ever greater perversions and horrors embraced over time.

In other words, everything must eventually become legally protected as long as at least some can successfully argue it does them no specific, easily demonstrated harm. And we have a guy who helps NAMBLA as the "Safe Schools Czar" in America.
Posted by Christopher R Taylor at 9:09 AM

The discussion on whether incest is right or wrong doesn't interest me so much. Even the God of the Bible, if taken literally, seems to flip flop on this one (somewhere between Genesis and Leviticus it goes from being a commandment to being punishable by death). Either through social conditioning or through genetic imprinting or because God just made me that way, I find the idea of sex with blood relations to be disgusting (similarly, I find gay sex, morbid obesity, and grown women with really short hair to be disgusting). "Disgusting" is a good enough category for incest, as far as I'm concerned. I don't deny that it may also be immoral, but I just haven't seen any evidence good enough for me to move it from the "disgusting" column to the "evil" column. There are, no doubt, strong arguments both for and against it being a morally corrupt action... but it's just not an issue I care about. I've never been confronted w/ a desire to screw my cousin, but I have been, and sometimes continue to be, confronted with desires to lie and steal and cheat, so I am much more interested in discussions about the moral authority behind those actions and the consequences of its neglect.

When it comes to incest, the only thing that really interests me about the conversation is whether or not it should be legal for two consenting adults to engage in, and I have yet to see a good argument as to why it shouldn't be. Even if it is objectively morally wrong, I don't see why we would threaten people with violence and a loss of liberty for engaging in it.

Indeed, as a libertarian you'd follow the same legal principle - since you're essentially a social leftist.

And the same problems I pointed out hold true for libertarians as a result. It eventually forces you into holding positions you find repugnant and improper.

But is that really just a libertarian problem? Plenty of social conservatives think homosexuality is repugnant and morally wrong, but almost none of them are calling for a reinstatement of anti-sodomy laws. Pretty much everyone agrees that husbands shouldn't cheat on their wives, or vice-versa, but you don't hear calls from social conservatives to make adultery a jailable offense. Likewise, gluttony is Biblically forbidden and therefore immoral, and is objectively a much more significant and pressing issue in our society than either homosexuality or incest, but social conservatives aren't about to begin trying to punish people for eating too much food, and in fact they combat attempts by liberals to do so (and I agree they should combat those attempts, I just don't always understand how they distinguish between which sins should be legally permissable and which shouldn't be).

We all have to contend with the difference between wrong, dangerous, and flat-out impermissible behaviors. Politics forces all of us to hold positions we find improper. Libertarians and social conservatives are often on the same side in making these distinguishments, but for some reason on matters of sex, we more often part ways.

I don't believe that this is a problem. I personally find incest disgusting. However, there's no reason why it should be legally banned. I personally find homosexuality disgusting; no reason why it should be legally banned. (It should be noted that 'find homosexuality disgusting' is not equal to 'is a homophobe'. I have no problem with homosexuals; I simply find the idea of homosexual sex disturbing. Similarly, if I were to have a problem with this guy I think it would be more because of his politics than this issue.) I think that volenti non fit injuria is the only possible basis for a system of laws. You can find actions taking place between consensual adults immoral, if you want; I have several things in this list. However, the one making the judgment in this case is by axiom not involved in the transaction, because presumably one who found it immoral would not participate willingly. And in that case, my rule of thumb is, "You have no right to regulate or ban this, because it's not your business."