"I have a dream that my four little children will one day live in a nation where they will not be judged by the color of their skin, but by the content of their character."
-Martin Luther King jr 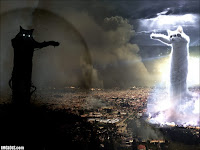 Recently a report by Helen Reece at the London School of Economics complained that banning sex offenders from adopting children is discriminatory. Afua Hirsch writes in the Guardian:

A report by a family law expert argues that some sex offenders should be allowed to adopt or foster children, and claims that the current blanket ban is discriminatory.

"Sex offenders shouldn't all be tarred with the same brush," said Helen Reece at the London School of Economics, who wrote the report. "People need to be carefully screened for adoption and fostering, but each case should be taken on its merits.

To that I say... yes, it is discriminatory. This is one of my pet peeves, the confusion and misuse around the word discrimination.

The problem here is that people presume discrimination is always wrong and bad, which is simply not true. Merely discriminating is not wrong, the act only becomes a problem when it is done so for improper, unjust, or immoral reasons.

The problem here isn't that discriminating is bad, its that you are showing poor judgment, prejudging a person based on characteristics or patterns you assume belong to them without finding out if its true. When Martin Luther King jr said he wanted his kids to be judged by the content of their character rather than the color of their skin he was talking about exactly this: judge them by who they are and what they do rather than simply the group you decide they belong to.

When people claim Mexicans are lazy, they are assuming all Mexicans share a single characteristic which may or may not be true about anyone at all individually, but is not true about any group universally. The Mexicans I've known have been very hard working and honest, but no doubt they have their layabouts and thieves just like Americans do.

The use of discrimination as a negative in all instances shows a lack of discernment in modern culture. The problem is never the discrimination but why its being done, yet its easier to just cry discrimination and presume it to be an evil. That way no one has to actually make any arguments about the decisions being just or reasonable, only cry foul and put their opponent on the defensive.

I quite agree with the thrust of the post; however, I must note this. With the absurd proliferation of offenses that will get you on the sex offender registry (public urination, streaking, etc.), it really is not a good idea to apply blanket bans to everyone on the list. I would be more in favor of doing away with it entirely, but until then making it less nightmarish for the people on it is a positive step.