"I couldn’t have made up a better quote. ‘We like this guy, but he is potentially Jewish’? ‘Potentially Muslim’?" 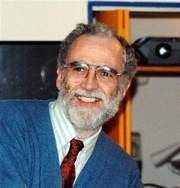 A long time ago the Roman Catholic Church had what became known as the inquisition. It started out noble enough: a specific, deliberate effort to systematically clean out heresy and corruption in the church. As any human group gets bigger, there's more problems with the purity of its mission, and as it gets more powerful, there are more instances of corruption.

But the inquisition rapidly became corrupt in its self, and the inquisitors, granted almost absolute power, were able to do whatever they wished. Some at least became politically powerful, using the dread prospect of being taken for examination and possibly torture as power to raise money and gain status. The inquisition became less and less about adherence to scripture and purity of theology and more and more about power and destruction.

Anyone who dared question the orthodoxy at any level - or the inquisitors for that matter - was considered suspicious at best and the inquisitors would arrive. This rejection of any dissenting opinion or new ideas was one of the worst periods in Christian history, a tendency long ago rejected thanks in no small part to a man named Martin Luther.

That rigid and sometimes even cruel clinging to unquestioning orthodoxy at threat of punishment is not entirely gone, however. Consider the case of Dr C. Martin Gaskell, astronomer. Mark Oppenheimer writes at the New York Times:

The University of Kentucky hired someone else. And Dr. Gaskell sued the institution.

Whether his faith cost him the job and whether certain religious beliefs may legally render people unfit for certain jobs are among the questions raised by the case, Gaskell v. University of Kentucky.

At question here wasn't the man's credentials; he's a pretty mainstream astronomer. He thinks the big bang was a divine driven event, but beyond that he is much like any atheist astronomer. What was the problem with Dr Gaskell then? The story goes on:

For the plaintiff, the smoking gun is an e-mail dated Sept. 21, 2007, from a department staff member, Sally A. Shafer, to Dr. Cavagnero and another colleague. Ms. Shafer wrote that she did an Internet search on Dr. Gaskell and found links to his notes for a lecture that explores, among other topics, how the Bible could relate to contemporary astronomy.

“Clearly this man is complex and likely fascinating to talk with,” Ms. Shafer wrote, “but potentially evangelical. If we hire him, we should expect similar content to be posted on or directly linked from the department Web site.”

In his deposition, Dr. Cavagnero recalled reading Ms. Shafer’s e-mail and said he discussed Dr. Gaskell’s faith with the department chairman at the University of Nebraska, where Dr. Gaskell worked at the time. Dr. Cavagnero also said a colleague, Moshe Elitzur, worried that Dr. Gaskell “had outspoken public views about creationism and evolution.”

Dr. Elitzur, in his deposition, said he feared that bad publicity could arise from bringing Dr. Gaskell to the university, which is less than 100 miles from the Creation Museum, in Petersburg, Ky.

“There’s no way you can avoid the headline in The Herald-Leader saying ‘U.K. hires a creationist for public outreach,’ ” Dr. Elitzur remembered saying.

So it was fear of having the media (and, unspoken but likely) colleagues mocking the school for hiring someone who dares believe that the universe appeared out of nothing in a gigantic burst of light... sort of like every mainstream astronomer on earth. An Instapundit reader named Michelle Dulak Thompson quipped:

Seriously, the Big Bang was controversial when first proposed precisely because it did look a little too much like the Genesis account for some people’s comfort. It looks that this guy’s difficulty with the search committee was less about astronomy than evolution — but since the job he was up for didn’t have anything to do with evolution, they had no business raising the subject. Do they also ask every applicant whether s/he believes in the Virgin Birth?

Basically, this guy believes something slightly different than many scientists (instead of naturalistic explanation he believes in a divine one for the origin of the big bang) so he's being punished by being passed over for the job. The staff thought he was qualified, interesting, and complex, but when they found out he questioned the orthodoxy of the time, he was punished for it.

When they aren't worried about mockery from peers, scientists sometimes personally are little inquisitioners, seeking out those who vary from orthodoxy for attack and punishment. Consider the Climaquiddick emails attacking anyone who dared question their alarmist global warming theories, the collusion to exclude certain scientists from publication, and the calls for punishment, even imprisonment for doubting the official dogma of the alarmist faith.

Evolutionism is another such typical position, a sort of shibboleth by which "true scientists" are discerned from "false" ones. If you don't toe the line on this theory, you're some kind of moronic crackpot and must be stamped out. Any opposing or questioning theories must be obliterated to protect the one, true faith. A faith which, if you look closely and consider objectively is incredibly similar to the alarmist global warming one, with all the same hallmarks. That doesn't make it fake, but it should make any good, curious scientist less blindly obedient and faithful in the theory.

This scientist dared to question the official word from on high, he has a different theory. Ideally, science would embrace this kind of person and be curious what he has to say. Yet science has never really been that way, it has always had its official ideas and tried to crush those who dissented. There never has been a golden age of science when they actually did things right and were objective, curious, and properly methodical. The big difference today is that for about a century science has been elevated ever further to the point of being modern high priests of the atheistic, secular faith. When they speak, only the heretic and the damned dare question.

And note: being evangelical is the problem here, being a strong Christian. As the lawyer for Dr Gaskell points out, they'd never say this about a Jew or a Muslim. To be sure they might reject the person for their faith, but they'd never say that openly and publicly. That would be condemned by society and their peers as racist or bigoted. But you can always kick a Christian safely in modern society.
Posted by Christopher R Taylor at 8:50 AM

I think that one of the reasons that evolution is such a hot-button issue in the politics of science is because it was for a long time such an issue in general politics (viz. Scopes Monkey trial) and still is to some extent (I recall a story about a Kansas school board decreeing that 'intelligent design' was to be given equal time in science classes as evolution). The thing is that evolution is a much more clear-cut case than potentially catastrophic anthropogenic climate change; while some scientists doubt the latter, it has been made into dogma mainly due to its political implications, whereas no one doubts evolution at all. It is not merely the best-accepted current theory; it is the only theory with any scientific basis whatsoever, and all the dispute that is currently occurring within the scientific community on the origin of life is a matter of details. It's true that, as a principle of science, people advocating alternate theories should be listened to, but there's a limit to how many repetitions of the same alternate theory, that has no scientific basis, you can listen to before you start dismissing the purveyors as crackpots. As a matter of religious faith, people are certainly free to believe whatever they wish; but in the realm of science designed to learn about this world, religious people constantly sticking their heads in the door and yelling 'Blasphemy!' quickly starts to get a little old.

whereas no one doubts evolution at all.

You mean to say there's a consensus and no peer reviewed publications or credible scientists doubt it? That its established science and the debate is over? Gotcha.