"I'm Jewish, but it doesn't bother me when my Christian friends and co-workers say 'Merry Christmas!' After all, just because it isn't my birthday, that doesn't mean I can't help friends celebrate!" 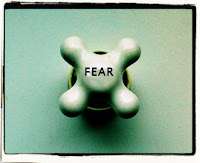 I've been going to church just about my whole life, and all that time I've been around a lot of Christians in and out of church. Something I've never run into is hostility toward Jews by the church. I've run into a couple of individual older people who were backward in their perception of people who weren't like them, but nobody who would yell "Christ killer" at any Jews or treat them horribly.

I do know that anti-Jewish sentiment used to be much stronger. Clubs in Boston, for example, specifically excluded Jews by signs on the doors late into the 20th century. Much of that changed in World War 2 when soldiers who served with Jews and saw what happened in Europe came back home with a different attitude than some of the culture around them. By the 1980s Jews had so successfully filled entertainment, media, news, academia, science, and other areas that they were mainstreamed and even a protected class in America. Anti-Semitism was shouted down by most folks.

Yet there's still this odd perception that Christians are anti-Jewish. That Christians dislike or are somehow dangerous to Jews, and if Christians get into power, they'll start oppressing Jewish people.

I'll grant that centuries ago - like 300 years ago - Christian governments were pretty awful to Jews, Muslims, and anyone else who wasn't one of them. They did so in direct violation of the Bible's teachings on love, humanity, our status before God, and the Jewish people in particular, but people are like that all too often. That was an awful long time ago, however.

In 1790, Rabbi Moses Seixas of the Hebrew Congregation in Newport, Rhode Island, wrote to George Washington a letter of thanks and appreciation for how the US treated Jews and protected their religious rights. Christians were largely responsible for the push to get Israel set aside by the UN from the wasteland it had been as a Jewish state in 1949. Christians are today some of the best friends Jews actually have.

Yet the fear and belief in animosity continues. Clayton Cramer recently wrote on his blog:

Where does this perception come from that American Christians are one step removed from buying Zyklon B and firing up the ovens?

He got part of an answer in the comments after being linked on Instapundit:

There is this datum from a poll: 'some 60 percent of religiously conservative white Protestants in the United States, polled in 1987, agreed: "The Jews can never be forgiven for what they did to Jesus until they accept him as the true savior."' Quoted in John Weiss, Ideology of Death: Why the Holocaust Happened in Germany (Ivan R. Dee Publishing, 1996).

Wow that sounds pretty bad huh? There's a couple problems with that data, aside from the absolute historical fact that Christians were not responsible for the Holocaust and opposed it fiercely. First off, any good Christian knows that the Romans killed Christ (at the urging of the politically powerless Jews), and what's more that Jesus dying on the cross was not just a good thing but the best thing that has ever happened in the universe. Christianity is entirely centered on the salvation earned by Christ on the cross for sinners in desperate need of divine intervention. Even the Bible makes this plain in Peter's sermon recorded in the book of Acts:

"Men of Israel, listen to this: Jesus of Nazareth was a man accredited by God to you by miracles, wonders and signs, which God did among you through him, as you yourselves know. This man was handed over to you by God's set purpose and foreknowledge; and you, with the help of wicked men,d put him to death by nailing him to the cross.
-Acts 2: 22-23

Peter is saying here that God intended this to happen, and it was a command performance to bring about salvation, not some cruel evil done by Jews as He watched on helplessly. However, the truth is, Jews cannot be forgiven for their sins, whatever they may be, unless they are saved by Jesus Christ. That's not strangely exclusive to Jews, nobody can be forgiven for their sins unless saved by Jesus Christ, not Jews, not Russians, not Brazilians, not Jersey boys, nobody. I could have no forgiveness outside the doing and dying of Jesus, according to Christian theology.

That's no particular slam on Jews, its standard Christian orthodoxy which applies to all peoples of all times, everywhere. Saying you must repent and be born again isn't anti- anyone, its just Christianity 101. Its like Jews saying "you cannot go to heaven unless you obey the 10 commandments and honor God." That's just how religions work; all of them are exclusive.

The problem I think has less to do with any actual animosity toward Jews by Christians and more to do with political and ethnic boundaries. Some, perhaps many Jews view white gentiles as Christian, so anything negative that happens to them is done by a Christian. Many Jews in America are very leftist politically and most Christians tend to be more right leaning, so there's a basic hostility set up there which has nothing to do with being opposed to Jews.

And for the most part, Jews are pretty much as ignorant of Christian beliefs as Christians are of Jewish beliefs, and ignorance tends to breed distrust at the very least. It is true that a quick search of the internet finds lots of websites from alleged Christians all about how awful Jews are... but then there are a thousand times as many telling about how evil Jews are by non Christians.

And for some, the stories of oppression and cruelty told them their whole lives about how awful Christians were centuries ago - or in some cases earlier in the 20th century - carry a heavy weight when looking at the world. Like blacks who are told endlessly about slavery and oppression of the decades and centuries past, that worldview is difficult to shake even when things are completely different today.
Posted by Christopher R Taylor at 8:12 AM