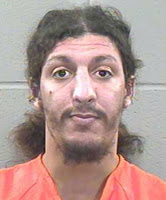 You know, we're told that airplane security shouldn't profile because that would let 87 year old white granny and 12 year old black parapalegics through with nukes onto the planes. The thing is, that's never even come close to happening, its always been some mangy obvious terrorist so far, and they've never yet been actually caught by a security guy, always some passenger or other worker.

So really, if that's your pattern for deciding what to do in terms of security, why not profile, at least until its shown that isn't enough? If you're going to be reactive anyway, all the bombers are scraggly looking Arabic males, maybe its a good idea to profile them in response?
Posted by Christopher R Taylor at 1:25 PM